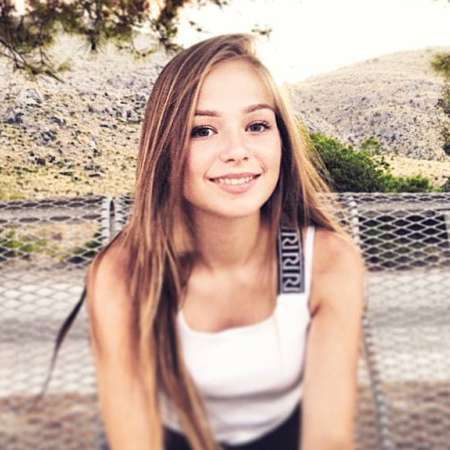 Connie Talbot was born to Sharon (mother) and Gavin (father), an independent maintenance engineer on November 20, 2000, in Streetly, West Midlands, England, UK. She has two older siblings named Josh (brother) and Mollie (sister). Connie spends most her childhood with her grandmother Violet, it was during this time she started singing in front of Violet. Her grandmother died in 2006 before she became famous and during the funeral Connie sang. She is British by nationality and belongs to English ethnicity.

Connie Talbot auditioned for the 2007 series of Britain's Got Talent. But her talent was liked by her idol judge Simon Cowell and gave positive comment saying she is “pure magic” and added he'd make her earn 1 million-plus this year. This has made Connie's confidence increased and viewed the bigger scene.

Connie Talbot's performance was internationally covered by the press and Connie performed Michael Jackson's Ben in the semi-final and reached the final. During the final night, she loses to Paul Potts in the call-in vote, in which she sang Over The Rainbow by The Wizard of Oz.

Connie Talbot was offered to sign-in to Simon Cowell's Sony BMG label but was later deserted due to her age and state that she is very young to start a recording career. However, Rainbow Record, a children's division Rhythm Rider was developed for her and debuted an album Over the Rainbow, which was released in November 2007. The album was a success and sold over 250 thousand copies which led to record a Christmas album in 2008.

Connie Talbot  released Holiday Magic, in 2009, which contained one-hour TV special and later, made its way to DVD. Connie went on performing around the globe, especially in the Far East and gained a huge fans base. In 2010, Connie opened a special concert in South Korean, in celebration of the country hosting the G20 summit.

Connie Talbot also performed during the Chinese new year in 2011 and was praised by many people. Kathryn Knight of Daily Mail reported that Connie has "had more than 300 million hits on YouTube and in the Far East, in particular, she's something of an icon. Japan, Taiwan, Korea, China, Brazil, Mexico and the U.S. — you name it, Connie's a star there. In fact, Connie is in huge demand across the globe – everywhere, that is, apart from her native Britain."

In 2012, she was offered a contract and signed by Hong Kong's Evolution Limited, in which she recorded Beautiful World. The album was released in the fall of 2012 and continue to go on touring around the world. Beautiful World was a huge success making it on Top Ten in Taiwan and Hong Kong. And in 2014, a DVD Beautiful World: Live, a performance in the two countries was released. Later, Connie made an extended play (EP) named Gravity, which contains five songs.

Connie Talbot also recorded a cover 'Three Little Birds' originally by Bob Marley. On 19, February 2016, Connie released a single Shut Up (Move On) on YouTube, which is taken from her 13 track studio album Matters To Me and the album was released on 25 March 2016.

Connie's talent and successful career have helped her to raise her net worth to $3 million. She currently resides with her family somewhere in England.