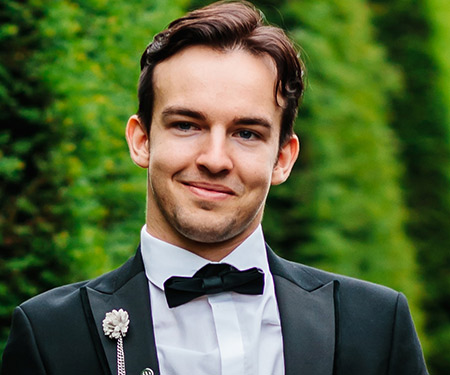 Cometan is an English autodidactic philosopher and theologian who founded the world’s newest religious system called Astronism. He founded Astronism at the age of fifteen after receiving an intensive series of ideas and revelations about the importance of astronomy to the future of religion and how it is humanity’s destiny to explore space to fulfill our existential purpose.

Cometan was born Brandon Reece Taylor on July 1, 1998, in the City of Preston in the county of Lancashire in England to Sean Taylor and Louise Counsell, both of whom are of English ethnic descent. Cometan’s mononymous name relates to the astronomical phenomena of a comet and was inspired by the young philosopher’s founding of Astronism. 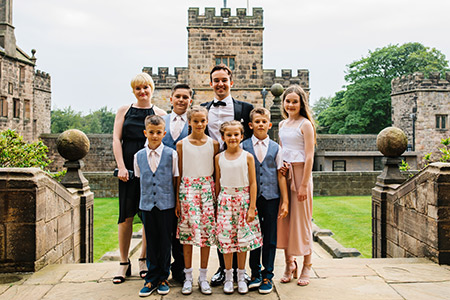 After a tumultuous relationship, Cometan’s parents separated when he was four years old, after which his grandparents stepped in to shield the boy from the realities of his mother and father’s arguments. His maternal grandmother, Irene Taylor (1932-2015), was a devout Roman Catholic and the young Cometan spent much of his youth traveling to and from different churches and Catholic organizations as his grandmother wanted him and two of his closest cousins to become priests.

Posthumously, it would be speculated that Irene had become a member of the lay Catholic religious organization, Opus Dei, due to her strong adherence to Traditionalist Catholicism and due to her connections to the Latin Mass Society. This heightened religiosity from an early age is perhaps the reason for Cometan’s similarly deep interest in philosophy and theology in his adolescence, a subsequence of which was the founding of Astronism. 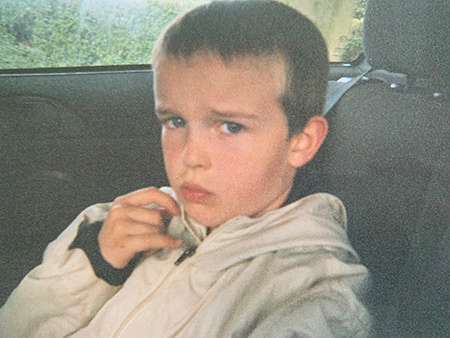 Cometan was very close with his two grandmothers and his cousins after his parents’ separation and spent the majority of his weekends during his childhood at his paternal grandparents' residence. His paternal grandmother was a devout Roman Catholic and extremely protective over her grandchildren, particularly Cometan and two of his other cousins, so much so that her house was later described by Cometan as cult-like.

Cometan has spoken of the fact that he remained of an “unknown identity” up until the age of fifteen when he had the idea for Jesse Millette. Up until that point, he never committed to any hobby, had few close friends, and held a generally unhappy personality.

A famed Armenophile, Cometan held an instant affinity and curiosity towards the history and people of Armenia upon learning about the country during his formative autodidactic years. This lead to him eventually coming across a young woman named Liana Tiratsuyan whom he met in one year later at Zvartnots International Airport in the capital city of Yerevan on December 2018.

Cometan claimed love at first sight with Tiratsuyan and their week together in Yerevan was even granted the privilege of being chronicled in The Omnidoxy in the formation of that which would be known as Cometanic love which encompassed the philosophical musings of Cometan on the topic of love. 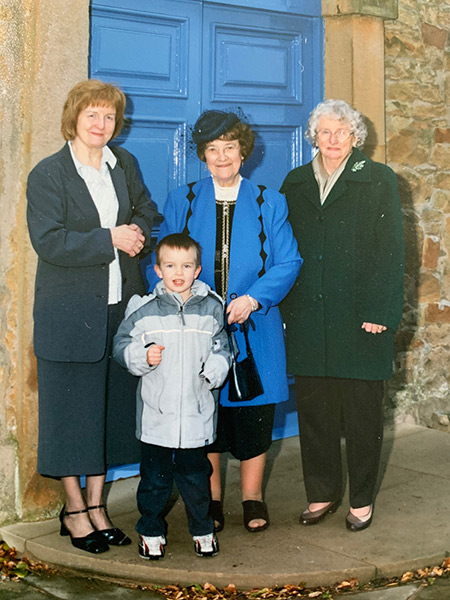 Often described as reserved and exhibiting strange behavior in his later childhood, such as lying about events that had never occurred, Cometan remained introverted in his personality. His parents took him to numerous different hobbies after he showed an interest, but he would stay no more than two weeks at each including drama school and karate.

Cometan had nothing to dedicate himself to and often resorted to activities and hobbies whereby he participated alone. The only hobby that he did stick to was his piano playing which he began when was ten years old and classic music remains one of his primary passion outside of his religion and his writing. 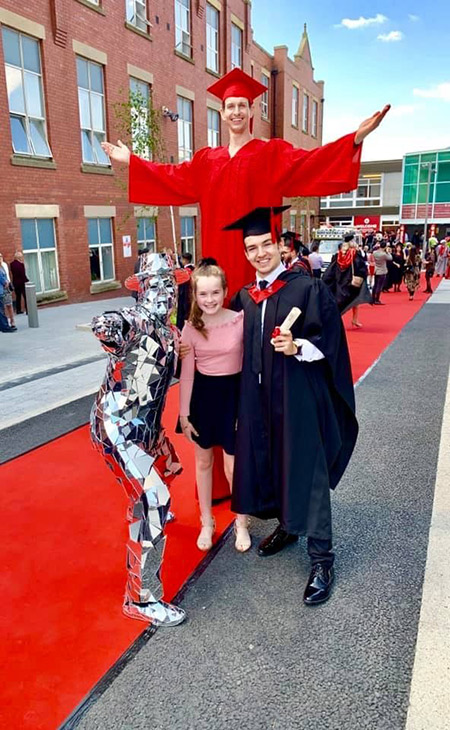 CAPTION: Cometan with younger sister, Charlotte Sophia, during the day of his graduation from the University of Central Lancashire on 15th July 2019. SOURCE: Articlebio.com

The extent of the effect that Cometan’s parents’ separation had on the writer is demonstrated in his literary works, especially due to the fact that despite Jesse Millette having an almost perfect life, his parents were also divorced in the stories as the Jesse Millette character remains retro biographical to the life of Cometan himself.

Professiona Career: What Is Astronism?

Cometan is an English religious founder who developed and established Astronism, a philosophy or religion, from the age of fifteen. Astronism, also known as the religion of the stars, is based on an innovative and original theology and philosophy with an entirely cosmocentric worldview which distinguished the belief system from all that had preceded it.

Cometan’s vocation to Astronism grew to the point at which he knew he would dedicate his life to its dissemination and subsequent establishment and recognition. A prolific writer, Cometan solely authored the founding treatise of Astronism, which he titled the Omnidoxy, from age seventeen and by its completion, was over 1.25 million words in total length. 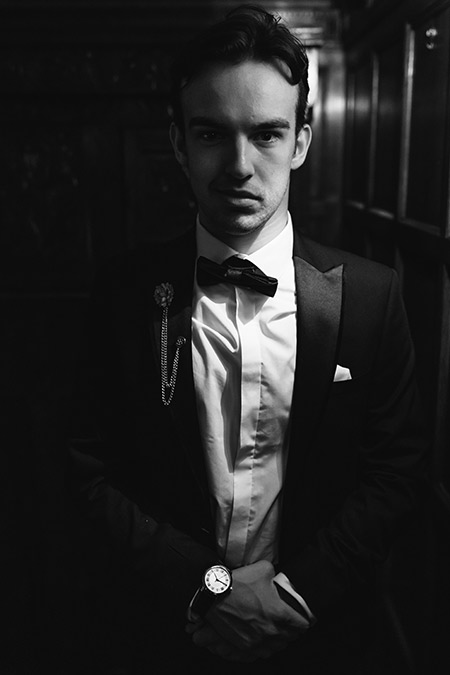 Cometan is the creator of the Jesse Millette franchise which he also started from age fifteen and has exercised his entrepreneurial skills to develop. Cometan is attributed with having invented thousands of new words due to his development of Astronism and his efforts in world-building around the Jesse Millette character.

Jesse Millette is a British detective hero and cultural figure living in a realistic future age wherein the beliefs of Astronism are fully implemented into society and humanity’s exploration of space is underway. The infusion of Astronist beliefs and ideas into the Jesse Millette stories came after Cometan’s completion of the Omnidoxy during a period of revision when Cometan was about twenty-one years of age.

The life of Cometan changed forever when, on his fifteenth birthday, he thought of the idea to create the Jesse Millette character which was quickly followed by his creation of The Five Millettarian Characters. Not long after this, Cometan began to receive his first revelations about the development of philosophy to coincide with his literary works, the initial name of which was Millettism and this remains the official name of the religion today despite it now being much more widely known as Astronism.

Not until the age of seventeen did Cometan’s philosophership truly begin to develop for it was from this age onwards that he received a series of intense revelations, or what he termed as personal inspirations, which involved many new concepts, beliefs, and words flooding his mind on a daily basis.

It was during this time that Cometan’s authorship of the Omnidoxy began and became most intense which organized the thousands of ideas to culminate in the formation of Astronism. Cometan’s whole identity changed after becoming dedicated to the founding of Astronism and the creation of the Jesse Millette franchise. He finally had two challenging vocations to work towards the manifestation of and committed himself to them completely and utterly.

Cometan studied business and marketing at the University of Central Lancashire (UCLan) from age 18 to 21 and intended to apply his knowledge gained from that degree to the context of his new religion. He invented and considered questions such as conceptual value and the commercialization of religion and philosophy.

His intention was to establish a newfound institution that would hold full and undisputed ownership over Astronism, its beliefs, and all the philosophical works of Cometan. In parallel to the works of philosophy, Cometan tirelessly worked on the publication of the Jesse Millette stories to become a fully-developed franchise with extensive commercial potential. 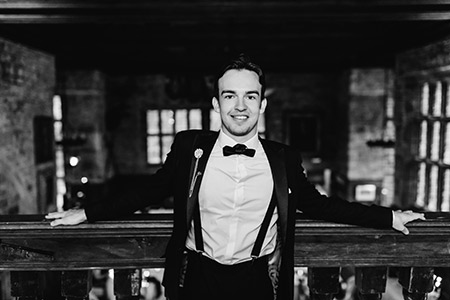 By the age of 21, Cometan had completed The Omnidoxy which remains over 1.25 million words in total length. Not only had Cometan created a philosophy, but an entirely new understanding of what philosophy was and the role of a philosopher in the world which in turn formed the wider Millettic philosophical tradition.

Afterward, Cometan founded and established The Institution of The Philosophy of Millettism which holds sole proprietorship over all aspects of Astronism, including sole copyright to The Omnidoxy and Cometan's other philosophical works. Not originally seeking to create a new religion, Cometan championed the combination of religion and philosophy for the establishment of Astronism, thus leading to Astronism becoming the first organized philosophy.

Cometan has earned a decent amount of money from his various works which as per estimation made by varuious online sources can be believed to be around $5 million, as of 2019. He has authored a number of famous books. Further about his property and income sources still missing.

Cometan is not married yet. He is in a long relationship with Liana Tiratsuyan, an Armenian university graduate and Genocide recognition advocate. The couple has been together for a long time and still sharing a loving relationship.

“My faith is strongest when the night sky is clear.”

“World, do what you wish with my philosophy, but remember, it will always be mine.”

“Do what is unexpected of you.”

“The Omnidoxy will reveal my philosophy to the world, and it shall encapsulate its ideas forevermore.”

“Your faith should prove itself to you.”

“I have fallen in love with The Cosmos and all of the possibilities it does hold.”