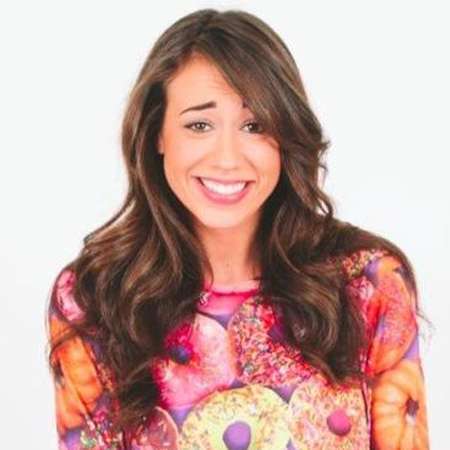 Colleen Ballinger is a versatile actor, singer, and director who was born on 21st November 1986 and raised in Santa Barbara, California. She was raised along with her two elder brothers and a younger sister. Ballinger is the daughter of Gwen, a homemaker and Tim Ballinger, a sales manager. Comedian Ballinger is mostly known for her internet character Miranda Sings and people really appreciate her YouTube videos.

Colleen went to San Marcos High School and graduated from Azusa Pacific University in 2008 majoring in vocal performance. She started her career giving voice in the Disney from 2007 to 2009. The major breakthrough of Ballinger's career was when she began posting videos on YouTube. From 2008, she began to post videos of the egotistical, comically talentless, and quirky character Miranda Sings on her YouTube Channel.

Colleen created Miranda as a satire for those bad but egotistical singers who believe that displaying videos on YouTube will lead to their breaking into show business. Her YouTube channel has more than a million subscribers and more than 100 million views.

In the beginning of 2009, Ballinger performed a cabaret act which included Miranda’s signature off-key singing of show tunes and pop music hits at cabaret spaces and theatres in London, New York, and other cities. She also appeared on the 2010  album ‘More With Every Line’ and was also heard on the 2011 album ‘Self Taught, Still Learning’ by Chris Passey.

Colleen's acting career started since 2012 when she was featured as a nurse in the web series named Dr. Fubalous. Late, she got chances to feature in Victorious, Hipsterhood, The Flipside, and MyMusic.

Colleen got engaged in 2014 with present husband Joshua David Evans, who is a singer too.  The video where David proposed to Colleen has more than 6 million views on YouTube. Their relationship as a YouTube couple gathered a lot of attention from their fans and they were also featured in 2015 on Nightline. Colleen got married to David on July 2, 2015, and their wedding video has accumulated more than 10 million views.

Colleen Ballinger achieved massive popularity in her early age because of her devotion, confidence, and dedication. Currently, her net worth is estimated at $2 million. Even though her salary is not available, she surely earns a lot as both of her YouTube channels are a huge success.

For more detailed facts about Colleen Ballinger, you can surf her bio on her wiki. She is also very active on Facebook and Twitter.