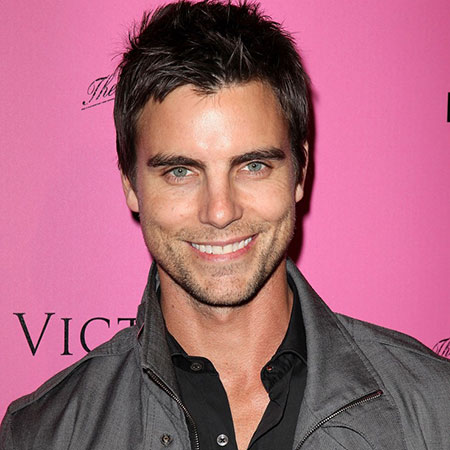 Colin Egglesfield is an actor who is well known for the role, Josh Madden in the long-running soap opera All My Children as well as Auggie Kirkpatrick on Melrose Place. His popularity gained further attention following his breakout role in the TNT TV series Rizzoli & Isles. He played the role of Bradley Wheeler in the TV series Lucifer from 2016-18. He also appeared in the movies like A Stranger in Paradise, Space Between Us, and Reprisal.

Colin Egglesfield was born Colin Joseph Egglesfield on the 9th of February, 1973 in Farmington Hills, Michigan, in the United States, under the birth sign Aquarius. He is the son born to Kathleen Egglesfield and William Egglesfield. He belongs to American nationality and regarding his ethnicity, he has a mixed ethnical background. His mother is Irish.

If you would have told me at 14 that I’d be releasing a book about overcoming all the challenges that life can throw at us then making it onto the biggest stages in Hollywood and beyond, I’d probably have smiled at you through my braces and told you ‘you’re crazy!’ ‘Agile Artist’ pre-order is May 15th! Join this amazing community of supportive and creative impact! An important lesson I’ve learned is that there’s strength in being vulnerable to ask for help and it wasn’t until I began to take this on that the support showed up to make my dreams a reality. So, I’m asking you to help spread the word so we can do some great things together!! 10% of proceeds from the book will be going towards creating a youth art center in the South Side of Chicago for a non profit called Art on the Loose. Let’s do this!! #agileartist #artontheloose #tbt

Egglesfield spent his childhood in a Catholic household along with his two siblings;  an older sister, Kerry Egglesfield, and a younger brother, Sean Egglesfield. He was moved to Morris, Illinois along with his family at the age of ten. Following his graduation from Marian Catholic High School, he went on to study at the University of Iowa.

Colin Egglesfield later appeared as a guest in several series including Nip/Tuck, The Street, Gilmore Girls, Law and Order: Special Victims Unit, Charmed, etc. He then landed a role in the movie Must Love Dogs along with Diane Lane, John Cusack, Dermot Mulroney, and Ali Hillis. He also appeared in the role of Josh Madden in the long-running series All My Children.

Colin Egglesfield's other roles include appearing in Beautiful Dreamer which is his own creation; the film was named the Best America Full Feature Film. He has also been known for his roles as Auggie Kirkpatrick in Melrose Place as well as in the film adaptation of Something Borrowed. He has also appeared on The Client List.

Colin Egglesfield has been named as one of the sexiest men alive and owns his own clothing line called Shout Out Clothing. In the year  2017, he was cast in the movie The Space Between Us. The following year, he went on to portray in the film Reprisal. From 2016-18, the actor played the role of Bradley Wheeler in an American fantasy police procedural drama TV series Lucifer.

Besides, Egglesfield is also the co-founder of the real estate company Stage 2 Properties along with Tyler Neitzel. The company renovates homes on the South Side of Chicago.

Colin Egglesfield has earned a considerable amount of money from his acting career which as per Celebrity's net worth is around $3 million.

He played the role in a 2011 romantic comedy movie Something Borrowed which became an instant hit at the box office grossing more than $60 million against its production cost of $35 million.

All of his roles have been appreciated and he also earns a huge amount of salary. Moreover, he also has a dog.

Colin Egglesfield is an extremely talented and good-looking actor who has a lot of female fans. He dated the beautiful Stephany Jacobson in the year 2009. The couple dated only two years until 2011. The reason behind their broke-up is yet to be disclosed.

Colin Egglesfield was rumored to be dating the beautiful Jennifer Love Hewitt in the year 2012. But the information was never confirmed.  In the year 2014, the actor started a love affair with his girlfriend a Swedish actress, model, and singer Malin Akerman. However, the two split up after a year of their dating.

The actor is yet to be married neither is dating anyone at present.