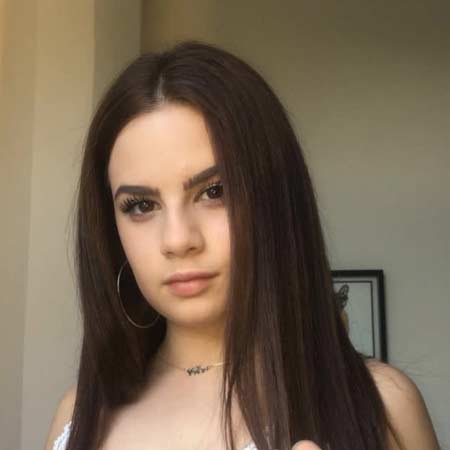 Cyprus-born teenage actress and singer, Cleo Demetriou is known for portraying the main character Matilda Wormwood in London's West End stage musical ‘Matilda the Musical.’ At the age of six, she made her first on-screen appearance in a children's television program, ‘What's Your News?’. Demetriou’s remarkable performance in ‘Matilda the Musical won her WhatsOnStage.com Award and Laurence Olivier Award for Best Actress. Currently, she is starring in sitcom series, So Awkward.

Cleo Demetriou was born Cleopatra Demetriou on 23rd April 2001 in Limassol, in the island country of Cyprus. Later, she moved to England along with her family. Demetriou holds  Cypriot nationality.

Cleo Demetriou began her acting at the age of seven, appearing in children's television programme, What's Your News? as Child Interviewer.

Demetriou then made her stage debut with 2009 musical The Sound of Music as Gretl von Trapp. The following year, she appeared as American Girl in British comedy programme, Katy Brand's Big Ass Show.

Demetriou featured in London's West End stage musical Matilda the Musical from 2011 to 2012. For her performance in the play, she won WhatsOnStage.com Award and Laurence Olivier Award for Best Actress.

Since 2015, Demetriou is starring as Lily Hampton in CBBC’s sitcom series, So Awkward, alongside Sophia Dall'Aglio, Ameerah Falzon-Ojo, Jamie Flatters, and Archie Lyndhurst among others.

As per some online sources, Cleo Demetriou has an estimated six-figure net worth, but the amount is still under review. She earns a good amount from her appearances in television series and theaters.

The average salary of television star is between $150k-$1 million. She is one of the rising stars, so her net worth will surely increase in the coming years.

Cleo Demetriou is yet to get involved in any relationships. She is focused on her career rather than being involved in any love affairs. She is close with her fellow cast member from So Awkward.

Below, we present the interview of Cleo Demetriou