Clay Matthews III is an American football outside linebacker. A collegiate linebacker at the University of Southern California, Matthews played for the Green Bay Packers from 2009 to 2018 and the Los Angeles Rams in 2019. He is currently listed as a free agent.

How Old is Clay Matthews? What is his Height?

A native of Los Angeles, California, Matthews attended Agoura High School in nearby Agoura Hills, California. He went on to attend the University of Southern California.

He is a Third-Generation Football Player

For Clay Matthews, football is truly a family affair! Matthews comes from a long line of footballers. His grandfather, Clay Matthews, Sr., was the first of the family to make a name in football and played during the '50s for the San Francisco 49ers.

Among his five siblings, his younger brother, Casey Matthews, is a retired NFL linebacker who played for the Philadelphia Eagles and the Minnesota Vikings. Additionally, his cousins, Kevin Matthews, Jake Matthews, and Mike Matthews are/were involved in football in some form or fashion.

Despite being a late bloomer, Clay Matthews played football at his high school. He chose to attend the University of Southern California like his father before him and played for the USC Trojans. 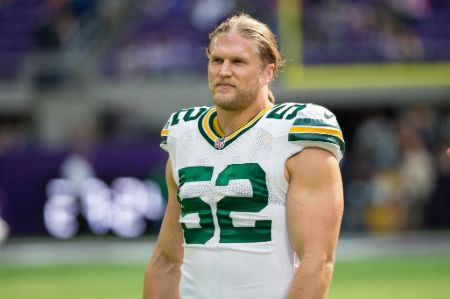 He was drafted in the first round and 26th overall by the Green Bay Packers. In his rookie year, Matthews helped the Packers win the Super Bowl XLV trophy against the Pittsburgh Steelers. He played with the Packers for eight seasons before becoming an unrestricted free agent at the end of the 2018 season.

He signed on to a two-year contract with the Los Angeles Rams in March 2019. After a doomed first season plagued by injuries, Matthews was released from contract on March 19, 2020. He is currently listed as a free agent.

Clay Matthews has been married since July 2015 to model Casey Noble. They have been reported to have dated as early as 2013. 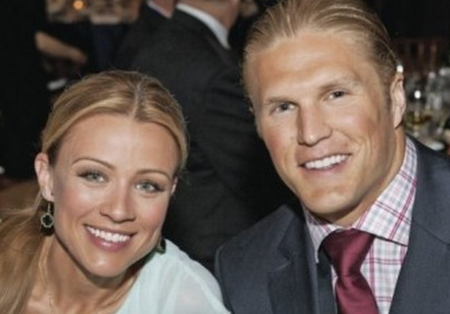 At the time of this writing, Clay Matthews is said to have a net worth of $10 million. His wealth comes from his career as a professional athlete. The 34-year-old NFL outside linebacker has played for the Green Bay Packers and the Los Angeles Rams. His wealth, thus, comes from his NFL contract, salary from whichever team he is signed to, media appearances, merchandise sales, and sponsors.