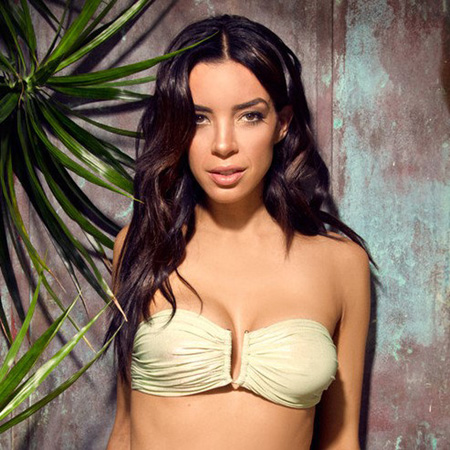 Claudia Salinas was born on 19 August 1983 in Monterrey, Nuevo Leon, Mexico. Claudia's mother is of Ashkenazi descent. She holds a Mexican nationality and ethnicity wise, she is white Mexican.

Since her age of four, Claudia began training as a ballet dancer, she has also performed in several ballet productions in her hometown.

Salinas parents encouraged her to go to college instead of pursuing a career as a dancer. Following her parent's decisions, Claudia graduated from Industrial and Systems Engineering from the Universidad Regiomontana at her age of nineteen.

She attended the Academy of Music in Monterrey and graduated as a classically trained pianist. After her graduation, Salinas moved to New York City to finish her degree and studied drama at Lee Strasberg Theatre Institute.

She also appeared in magazines including GQ, Maxim, FHM, Trace, and Bello. Claudia featured as the cover girl for the June 2011 issue of FHM Indonesia.

The same year, Claudia peaked at #43 among FHM's 100 Sexiest Women.

The hot Mexican actress and model seems to be single, as she has not been spotted dating boyfriends or being involved in any kinds of affairs till date.

Claudia might want to keep her love life low profiled.

Claudia Salinas earns a decent amount of money from her acting and modeling career, as she has appeared in advertisements for various brands like Calvin Klein, Pantene, BudLight and much more, which adds up to her total net worth of $ 1.1 million.