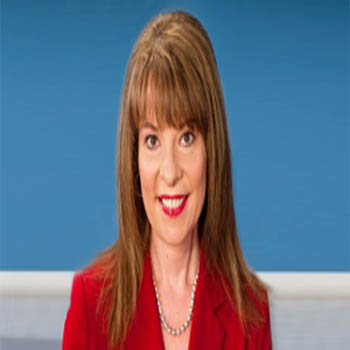 Cindy Day is one of the big names in the Canadian journalism industry. She is a meteorologist and author who works as the chief meteorologist for the SaltWire Network. She joined SaltWire in January 2018 after ending her one decade in the national television house CTV News.

She has two decades plus experience in meteorology. She is often considered one of the top meteorologists in Canada. The day is also a published author; her books Grandma Says’ 64K copies have been sold worldwide. A former Airport weather announcer joined the CFRA radio station in 1998 and started her media career.

Canadian TV meteorologist Cindy Day was born on 20 March 1967, in Ontario, Canada. She was born and raised on a dairy farm in Ontario. She spent her childhood days with her family. She is of Canadian nationality and belongs to the White-Canadian ethnicity.

She was always fascinated with weather and the natural environment.  Her grandmother influenced her to become a meteorologist.

She completed her high school diploma from a local high school in Ontario. She then joined McGill University and earned a degree in meteorology. She also attended Lakehead University.

Cindy Day began her professional career after receiving a meteorology degree. She initially worked as a weather announcer for the Ottawa airport. After serving there for some time, she shifted her job in the media house.

In 1998, she joined the CFRA radio in Ottawa and began hosting weather updates for the station. During that time, she was the only meteorologist in Canada who has a full-time worker at a private radio station. She also operated her own 1-900 weather line where people paid $1.99 for weather statements.

The day then joined the Global Maritimes in the 1990s and co-hosted a News show with Allan Rowe. She spent a few years there and joined the national television house CTV Network in September 2007. She replaced popular CTV meteorologist Peter Coade upon joining the network.

She spent one decade with CTV Atlantic. She covered all major weather news for the network. In October 2007, the next month right after joining the network, she received a death threat email and later the police found the alleged man and accused him but he was not found guilty.

In January 2018, she joined another reputed Canadian network SaltWire Network. She became the chief meteorologist for the network. Her weather forecasts feature in provincial newspapers and online. SaltWire manages different publications including The Guardian and The Journal Pioneer. After signing the contract with SaltWire, she said that she wanted to join the network for a long time.

Cindy Day is also a published author, her book Grandma Says’ 64K copies have been sold to date.

She also owns a company Weather by Day which provides seasons forecast and data along with reports through the radio to western Quebec and eastern Ontario.

Cindy Day's Net Worth And Salary

One of the most popular meteorologists in Canada, Cindy Day earns a huge amount of money from her career. Her estimated net worth is $3 million, as of July 2018. According to Payscale, a Canadian meteorologist earns $58K-$72K per annum salary.
So, her salary is somewhere in the above range as she has two decades plus experience in meteorology.

Cindy Day is an unmarried woman. She keeps a low on her personal life. She has never spoken about her married, husband, and children. Day spends her leisure time at her home. She is active on the news media site Twitter.

Severe #Thunderstorms have produced some #hail in NB! Please share if you have photos. Take shelter, there are still a few powerful storms out there! pic.twitter.com/AKfhb3JSZW

She mostly shares her works and work-related information via her Twitter. She also loves adventurous activities like hike, trek, rafting, etc. She loves cooking delicious food during her free time.

This video shows her last days at CTV Atlantic News.

Ontario, she was always captivated with climate and had enthusiastic attention on the subject of the environment from early childhood. Her grandmother had played an enormous role in supporting her selection to turn out to be a meteorologist. The answer of adolescent Cindy's common query concerning her attention was cracked merely by her grandmother.

Her concentration led to her getting admitted into the University of McGill and she got her degree from the Lake head University. She started her job for Environment Canada by updating reports to the pilot. Her powerful obsession for systematic authority was commended by her seniors and even by her fellow people and her audience.

Her understanding and ability which she collected during her early days did wield power and supported her lot in her profession. Now, she is regarded as one of the elders and appreciated people in the list of TV

Afterward, the guy was arrested for frightening but was not found responsible. Talking about her biography, she is a harsh qualified who has kept her profile in a very low manner.

She keeps her professional matters and personal info divided so. She wants private life and engaging in media; she does not engage herself in gossip like the other media personality. No information regarding her married life and her husband is flashed yet.

She loves cooking food and feeding her family and friends. She likes to collect the umbrella during the monsoon seasons as her pastime. The versatile meteorologist can also converse in both French and English language effortlessly. The way she publishes the weather blog also popularizes her.

Her fans can keep in touch all the way through her official Facebook page and they can study her newest updates through her Twitter. The information regarding her life and the issues can be collected from personal and professional sites.