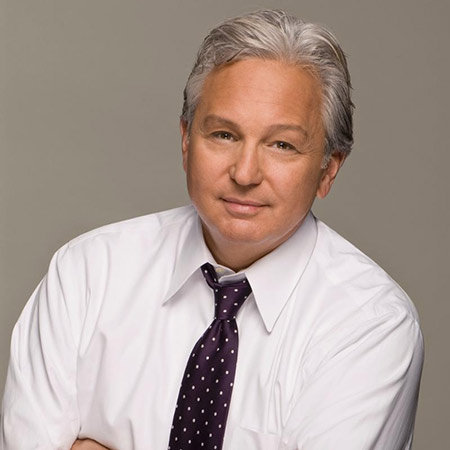 Chuck Goudie has worked for many networks like WSOC-TV, WXYZ-Radio and more. Goudie gained huge recognition at a tender age when he appeared on a children's show on WXYZ-TV. Currently,Goudie is working as a chief investigative correspondent for ABC7.

Chuck Goudie was born on 17th January 1956 in Detroit, Michigan, United States. Chuck is of American nationality and white ethnicity. Goudie had already been introduced to the limelight at the tender age of 12 when he appeared regularly on two weekly children's shows on WXYZ-TV in Detroit, Michigan. Goudie went on to attend Michigan State University.

Goudie began his journalism career as a radio newsman for both WILS-Radio and WVIC-Radio in Lansing. He then became a contributor to WXYZ-Radio based in Detroit. Later on, Chuck began working at WSOC-TV. While in WSOC-TV, he worked as the main sports anchor and general a s signment reporter. Goudie is also noted to be a member of Investigative Reporters and Editors (IRE) and an active speaker at its annual international conference.

Chuck Goudie signed a contract with ABC7 news and is currently working as a chief investigative correspondent. He has covered many stories in his journalism career, some of them being the investigation of sexual abuse allegations against the late Cardinal Joseph Bernardin, Illinois commercial drivers' licenses being sold to unqualified truckers, the 2004 “Changing of the Guard” investigation, New York's "Ground Zero" investigation straight after he 9/11,and many more. Goudie has been an inspiration to many people wanting to pursue journalism career around the world.

Chuck Goudie is married to Teri Goudie. Not much is known about chuck’s personal life. Chuck likes to keep his personal life details away from the media. Goudie has not even revealed about his dating history. It is known that Teri and Goudie together have five children. One of Goudie's child, Brittany Goudie works on The Oprah Winfrey Show and is a producer of SirusXM The Highway morning show. However, it is known that Goudie has married only once. Chuck’s wife, Teri is a media consultant and crisis management trainer. She is also noted o be a former ABC producer.  Goudie is living happily with his wife with no signs of disputes or extramarital affair.

Chuck Goudie is currently 60 years old and stands tall at the height of 5 feet 9 inches. Goudie’s net worth has not been estimated till date. However, it is known that Goudie earns a huge salary from his successful career in journalism. Goudie put up his Hinsdale house on the market for $4.2 million recently. The house has six bedrooms, it is 6,204-square-foot and is a French chateau-style house. For his exceptional work in the field of journalism, Chuck Goudie received News & Doc u mentary Emmy Award for Outstanding Regional News Story for Investigative Reporting.