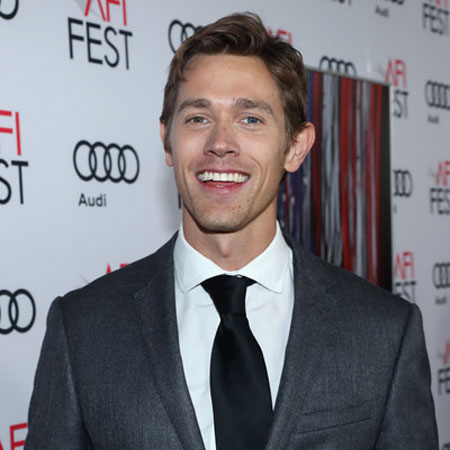 Christopher O'Shea is a 25 years old English actor who is best known for his appearance in TV series like; Baby Daddy and Madam Secretary. In 2016, he made his feature film debut with Patriots Day.

Christopher O'Shea was born on October 1, 1992, in Kent, England. Regarding his nationality, he is British and belongs to the White ethnicity. His birth sign is Libra.

O'Shea is a rising Hollywood star who began his acting career in 2009 with the short film, Dead Hungry. In 2014, he was cast in the TV series, Madam Secretary which helped him gain public recognization and the same year he was seen in Baby Daddy too in a minor role.

He made his movie debut in 2016 with the American crime-thriller movie, Patriots Day alongside Mark Wahlberg, Michelle Monaghan and J.K. Simmon. The movie was a success at box office.

Christopher O'Shea is possibly single at present. He is one of those celebs who prefer to keep their private life away from the limelight and media, and that might be the reason he never spells bean about his relationship status.

O'Shea is also a dog lover as he mentioned he prefers to spend time with his dog, Horby. He is passionate about horse riding and often shares his horse riding pictures on his Instagram account.

O'Shea is active in the film industry since 2009, and till date, he has worked on numerous TV series and films which helped him to earn a good name in the industry.

However, due to his secretive nature, he hasn't revealed the concrete figure of his net worth but comparing to his co-star, Tahj Mowry's net worth from Babby Daddy, he might have earned a certain amount as his fellow co-actor.  Mowry has an estimated net worth of $1.5 million.

In 2016, his movie, Patriots Day made an impressive collection of $50.5 million at the box office. The movie was made with the budget of $45 million.