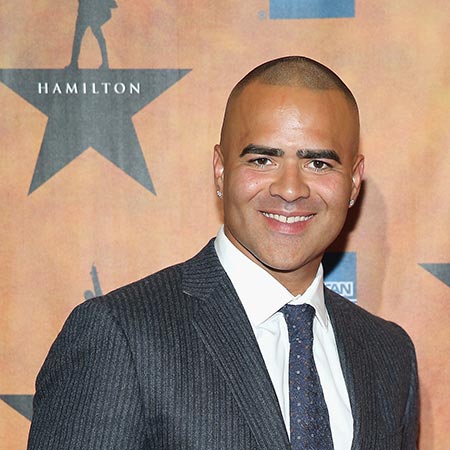 American actor and singer Christopher Jackson is well-recognized for being a theater, film, and series actor. He is famously known for his appearance in the Off-Broadway musical Time and the Wind. Besides, Jackson is also famous for being the Original Broadway Cast of Disney's The Lion King. As of current, Jackson stars as Chunk Palmer in Bull.

Christopher Jackson was born as Christopher Neal Jackson on September 30, 1975, in Metropolis, Illinois. His parents were divorced during his childhood, and he was raised by his mother, Jane Adams, and his stepfather Herbert Michael Hodges. His mother was a vocal music teacher.

Jackson obtained his graduation degree from Cairo High School. He later attended the American Musical and Dramatic Academy in New York City. Jackson started acting from his high school days, where he performed in several school productions. There, one of his teachers, Lynn Steveson, motivated him to pursue a career in acting.

Christopher Jackson started his career in 1995 from the off-Broadway musical Time and the Wind. Two years later, Jackson made his Broadway debut as the understudy for Simba in the very popular The Lion King. In 2000, Jackson took over the role of Simba. Later, Jackson went on to work in some other musical plays such as Beggar's Holiday, and In the Heights. He grabbed Joseph Jefferson Award for Best Actor for his performance in Beggar's Holiday. 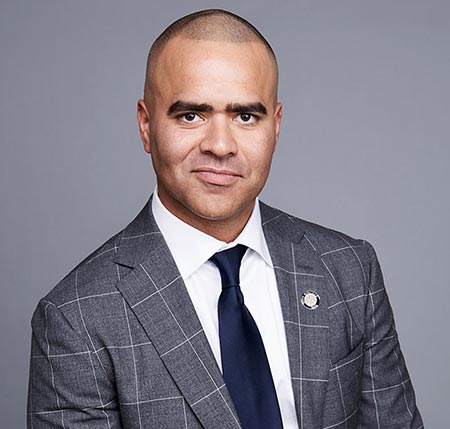 In 2009, Jackson wrote music for a children 's television program, The Electric Company. In 2012, Jackson returned to Broadway after a long time, when he played the character of Delray in Memphis. A year later, he replaced Everett Bradley as "Diga Diga Doo" in the Broadway production of After Midnight.

In 2015, Jackson played the role of President George Washington in the Broadway musical Hamiton. The role earned him a nomination for a Tony Award. From 2016, Jackson has been portraying Chunk Palmer in the CBS courtroom drama Bull. Besides, Jackson's film and credits include Moana, Tracers, The Good Wife, Person of Interest, and Nurse Jackie, among others.

What is Christopher Jackson's Net Worth?

Actor Christopher Jackson has worked in dozens of Off-Broadway, Broadway plays, and television and film works for over two decades. His lucrative acting career has undoubtedly earned him a hefty sum of money. Jackson has not revealed anything about his net worth and salary as of yet. However, looking at his acting career, his net worth can be speculated to be more than $1 million as of 2020.

Christopher Jackson's Relationships-Who Is He Married To?

The Bull actor is happily married to actress and singer Veronica Vazquez. The couple first met during they were cast in the production of In the Heights in 2004. The pair started dating soon and got married in no time. The husband-and-wife are also blessed with two children, C.J. Jackson and a daughter Jadelyn Jackson. 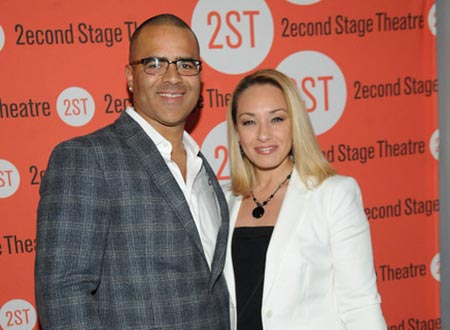 In 2007, ahead of the first run-through of the Off-Broadway production of In the Height, Jackson's son, C.J., was diagnosed with autism. In an interview, Jackson said he knew about his son's diagnosis after his wife called him just five minutes before his show began.

Jackson also said, an organization, Autism Speaks has served as an enormous resource for his family after his son's diagnosis. Jackson and his wife have been involved with the organization ever since, and they also advocate for KultureCity, a nonprofit promoting acceptance and inclusion of all individuals.