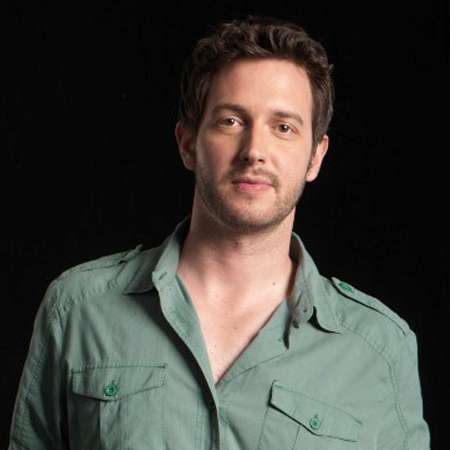 At a very early age, he began his production career where he did his first documentary, Left Behind, about the AIDS orphans in Kenya. He was still an undergraduate student at Connecticut College at that time.

In 2002, for Left Behind, the film won the International Documentary Association’s David’s Wolfer, Silver Chris Award and Angelus Award. In 2003, Left Behind won an HBO Films Best Student Film Award, a Student Academy Award, a student Emmy, and best short film and was a runner-up for Audience Impact award after being screened at the Cannes Film Festival.

As one of the first network employees, he joined the Current TV, in 2005. In 2006, Christof was the first American television Journalist to report from Mogadishu in Somalia, since the incident, Black Hawk Down in 1993.

About the rise and fall of Islamic Court Reunion, Mogadishu Madness was his result which was nominated for an Emmy. In the same year, he won CINE Golden Eagle Award for Party and Play. Since then he has trekked to jungles of the Democratic Republic of Congo where he covered the exploitation child gold miners, with migrants, he has crossed the Mexico/Us Border, travelling through the desert to reach American Ground and while camping on the southern shores of Yemen, he discovered two or more dozens of bodies of refugees who tried to escape the violence in Somalia but were drowned and died in there.

After a year he won Alfred I. DuPont Award and he received the nomination for Emmy Award for Lost in Democracy which is a documentary about the first democratic elections which was held in Bhutan.

He was nominated for an Emmy Award and won Prism Award and Carl Spielvogel Award for Sex, Lies and Cigarettes, a documentary about the Indonesian smoking baby. In 2013, he again won Alfred I. duPont Award for his work, Arming the Mexican Cartel which is an investigation into the trafficking of a gun from the US to Mexico.

Christof Putzel married life started in 2007. He was married to Julia Taft, a great great granddaughter of William Howard Taft, president and chief and a great-granddaughter of the late Robert A. Taft, Republican senator from Ohio. Julia graduated from Georgetown and has a nurse degree from New York University. But they were separated in 2013. There’s no news about any child from their marriage. Till now there’s no news about his girlfriend or him dating anyone which means he is currently single.

Putzel’s exact height and weight is not available right now. His work has led him to his success where he has earns a good amount of salary but his exact net worth is unknown but he has still a long way to go.