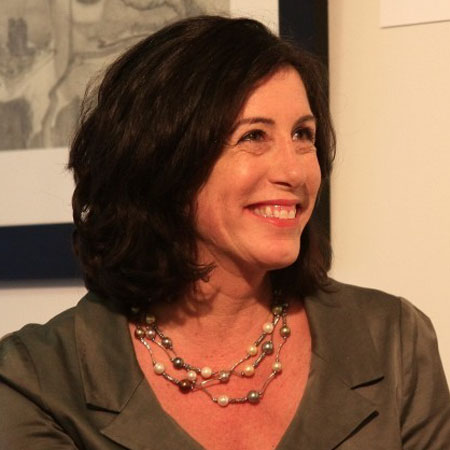 Christine Pelosi is an American political strategist working for the Democratic Party. She is also an author who wrote Campaign Boot Camp (2007). Pelosi has been writing blog articles on The Huffington Post since the beginning of 2007.

Apart from her career, Pelosi is also famous as the daughter of Nancy Pelosi, a Democratic Congresswoman from California and current Speaker of the United States House of Representatives; and a successful businessman Paul Pelosi.

Christine Pelosi was born on May 5, 1966, in San Francisco, California. She is the daughter of Nancy Pelosi and Paul Pelosi. Her mother Nancy Pelosi is a very active and reputed politician while her father is an American businessman who is an owner and operator of Finanxial Leasing Services Inc., a real estate and venture capital investment and consulting firm.

As for a fact, Nancy is only female to work as Speaker of the United States House of Representatives. Nancy currently represents California's 12th congressional district as a congresswoman & made highlights with her role in Trump's impeachment votings.

Christine Pelosi has a brother named Ron Pelosi, who is a businessman like her father and also an environmental activist and three sisters named Alexandra Pelosi, a filmmaker, Jacqueline Pelosi and Nancy Corinne Pelosi. She is the sister-in-law of Michiel Vos.

Where Did Christine Graduate From?

Christine graduated with a Bachelor’s degree from Georgetown University’s School of Foreign Service. Moreover, she attended the University of California Hastings, College of Law and holds a JD degree.

Christine Pelosi is a grassroots volunteer, California attorney, activist, and author. She has been to 41 states of the United States of America working with a number of volunteers and successful candidates at the boot camps for more than 10 years. She directed the AFSCME PEOPLE Congressional Candidates Boot Camp that prepares the Democrats for campaigns. She also has helped over 40 challengers to get elected to the U.S. House of Representatives.

Regarding her public service, Christine Pelosi has served as the prosecutor in San Francisco, special counsel in the Clinton-Gore administration and chief of staff on Capitol Hill. She was also the board member and Interim Executive Director of Young Democrats of America. Currently, Christine is the Women’s Caucus Chair since 2011 of the California Democratic Party and Assistant District Attorney for the City of San Francisco.

Christine has been elected to the Democratic National Committee for the six times and was the co-founder of DNC Veterans and Military Families Council. Besides, she is a political activist and reformer and also has been writing blog articles for the Huffington Post since 2007.

Christine Pelosi's Net Worth And Salary

With decades of her contribution to Democratic Party as strategist & as the author of successful political campaign books, Pelosi indeed enjoys a huge sum of money. As of January 2020, she is yet to open up the figure of her actual fortune but is estimated to own over $1 million.

On average, a political strategist makes around $58,000 per year.

Her mother Nancy Pelosi has an estimated net worth of around $120 million, according to Celebrity Net Wort & earns $223K in salary. While the combined worth with Paul Pelosi (Christine's father), a businessman comes in between $43 million- $202 million.

Did you know? Christine's father Paul spent $10 million in 2009 to buy Oakland Invaders United Football League team, however, the team shut down later.

Moving onto the marital life of Christine Pelosi, it is as successful as her career. She has been married to Emmy nominated filmmaker Peter Kaufman. They got married on February 16, 2008, in a private wedding ceremony held in San Francisco.

The couple is blessed with a daughter named Isabella Kaufman. Her daughter accompanied her in 26 states and 3 foreign countries on her Boot Camps for Democrats and Democracy. Christine is enjoying her euphoric marital life. There have been no issues or rumors related to her personal life such as divorce or infidelity.

The couple has been understanding and supportive of each other as well as is honest and faithful to each other, leading a successful marital life. 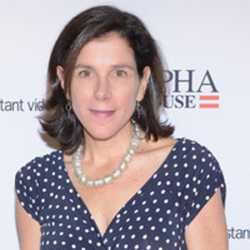