Christine Ko is a rising Taiwanese-American actress famous for appearing as Emma on the sitcom The Great Indoors. The 32 years old actress started his acting career in 2012. She is the daughter of Taiwanese singer and actor Frankie Kao.

Christine was born on 3rd August 1988, in Chicago, Illinois, the United States of America. The 32 years old actress is of American nationality, whereas her ethnicity is Asian.

The name of her father is Frankie Kao, and her mother is Wen Chieh. Her father was a Taiwanese singer, actor, and television presenter. Frankie is the father of six children.

The 32 years old actor had a brief career in Taiwan in the early 2010s. Christine started her Hollywood career in 2012, appearing as Brenda in the television series, Hollywood Heights. 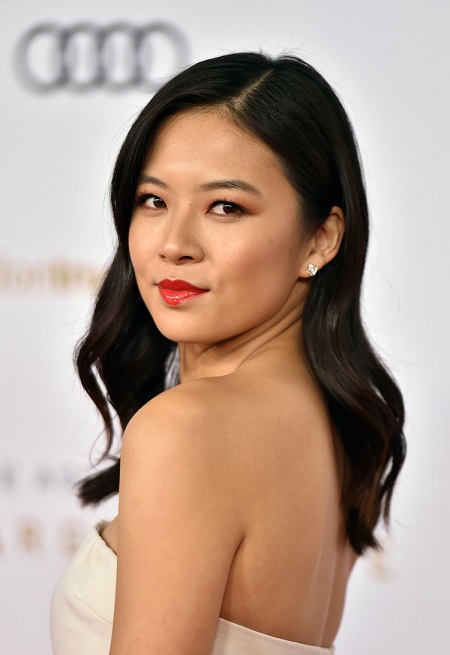 The actress has worked in the television series like The Great Indoors, Deception, No Good Nick, Dave, Upload, Hawaii Five-0, Stumptown, Ballers, among others. In series Upload, she worked alongside Scott Patey, Julian Christopher, Barclay Hope, Josh Banday, and Philip Granger

Christine made movie debut in 2017, appearing in the movie, The Jade Pendant. Till the date, she has appeared in films like Grandmother’s Gold, Extracurricular Activities, and Tigertail.

The 5 feet 4 inches tall earns a decent figure of money from her acting career. Being born in the celebrity family, she definitely has been living a comfortable lifestyle.

As of 2020, Christine Ko’s net worth is reported to be around $500 thousand. Her acting career is the main source of income.

The 32 years old actress did not reveal anything about her personal life. Likewise, her current relationship status is not known.

Talking about her father’s relationship timeline, he was married three times. He was first married to wife Lin Yu-Chao. They got married in 1976 but later got divorced in 1986.

In 1988, Frankie tied the knot with Wen Chieh. Sadly, they separated in 1991. Four years after the second divorce, he exchanged the wedding vows with Jin You-jhuang and later divorced in 2012. He is the father of six children.