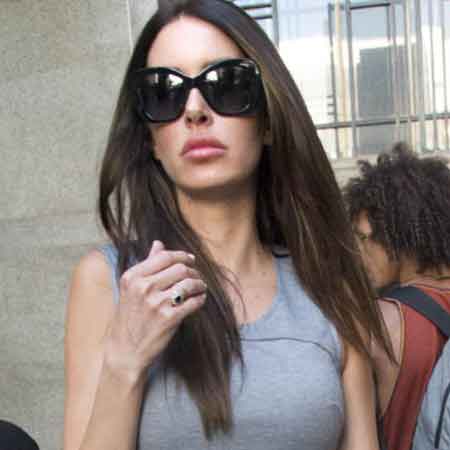 Christina Carlin Kraft, an Ex-Playboy Model left the world when she was strangled in her home. She died at the age of 36 on August 22, 2018.

Christina Carlin Kraft was born on 1983, November 11. She came from Russian and German background. Her father's name is Stuart Kraft and her mother name is Dawn Ann Carlin pa s sed away when she was at the age of 30.  After her death, Christina's father married another woman whose name is Casey.

Christina also had a younger brother Brian.  Once, she talked about her heritage and childhood in an interview. She said:

Christina was a Playboy model who has also work with  Maxim, Vanity Fair, and Victoria’s Secret.  She once that "I did a tasteful photo shoot for Playboy that was beyond Hollywood glamour" on her Model Mayhem Profile after that she was named as the Playboy Cyber Girl Of the Week on May 4, 2009.

Taking about Christina Kraft's personal life, she had a boyfriend named Alexander Ciccotelli. Alexander is a successful Wall Street banker.

In 2016, she was charged with misdemeanor a s sault when she was accused of hara s sing, after getting a fight with the manager of a New York.  Christina was with a male pal dining at The Smith on March 6 when an argument between them and manager Sergey Anokhin broke out over the bill.

According to law-enforcement sources and court papers that the guy didn't want to pay which the manager interceded. The source said that she was intoxicated and she claimed that the manager pushed her, but there was a video of the incident that showed she was lying.

Christina even hit the manager which caused redness and substantial pain, not only that she even kicked him in the groin. In September 2016, prosecutors agreed to dismiss the charges if she stayed out of trouble for six months.

She was also a victim of a robbery where she reported the items missing from her home, which the investigators were able to track the stolen goods to southwest Philadelphia, but no arrests have been made.

After the robbery, her lifeless body was discovered inside her suburban Philadelphia home at 9:15 pm on Aug 23. According to the report, she was beaten as her nose was broken and after that, she was strangled to death.

Her boyfriend said that she was not answering her phone when he called her and that he could not enter the falt which he owned because the deadbolt was latched from the inside.

Jonathan Harris age of 30 was arrested in Pittsburgh when he was fleeing across the state after the death of Christina. Looking through Jonathan's record he completed a prison sentence in July for robbery.

On the night of her death, Harris told his friend that he just met a sexy white woman in Ardmore. Investigators are still searching for another suspect who stole jewelry and designer purses from Christina's house.