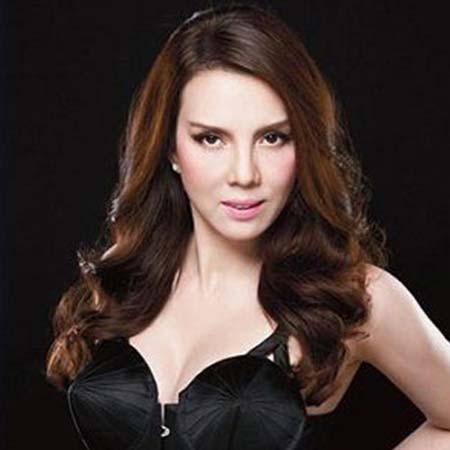 Popular Thai singer Christina Aguilar is one of the few Asian singers to make a worldwide impact. The singer of French and Filipino heritage is also called Thai "Queen of Dance." She got massive success from her debut album Ninja that sold 1 million copies was certified platinum-the first for a Thai female.

Aguilar studied bachelor in business management at the French Institute in France. Aguilar is fluent in Thai, French, and English and can speak some Spanish. Aguilar knew about her singing ability in France when her friends asked her to perform on stage during her college's annual party. At that time, she sang Sweet Memory.

She started working as an assistant account executive in a French advertising agency after graduation. After working there briefly, she returned to her home, worked in a travel agency. Her career tilted toward singing when she met Rewat Bhuddhinan, then chief producer for GMM Grammy who encouraged her to pursue a career in music.

Christina Aguilar started her career in the music industry in the early '90s. She released her debut album "Ninja" in 1990 that touched the Thai listeners and sold over a million copies and set a record as the first female music artist with a million-seller album in the country.

Christina Aguilar has given eight hit albums throughout the years, and her popularity is not only limited in Thailand or East Asia, but across the world. Her last album C. Space was released in 2007.

It has been over a decade since Christina Aguilar released a studio album and she is more focused on live performances and concerts. Most recently, she performed at the Million Albums Concert where she shared the stage with the artists like Tata Young, Mai Charoenpura, Myria Benedetti, Nicole Theriault, and Beau Sunita at Royal Paragon Hall.

Christina Aguilar has been active as a music artist for over two decades, and this period she has released several hit albums that were the highest sellers. She has undoubtedly earned a hefty sum of money from her career, however, her net worth is still a mystery.

Considering her fame and work in the music industry, Christina Aguilar's net worth can be estimated in millions. She is undoubtedly a multimillionaire artist, but the exact net worth is yet to be confirmed.

Not to be mistaken with American singer and musician Christina Aguilera who has a whopping net worth of $160 million as of 2019.

Singer Christina Aguilar is a widely popular Thai singer, however, her personal life is something that is still under the media radar. Going through her social media account, it can be known that Christina Aguilar has two children, sons Orca,11, and Phoenix, 8.

Songkran at school... I’m not awake yet  #wearewellington

But, the information about her marital status or husband is not known yet. Also, the details about her past relationships and boyfriends are not available.