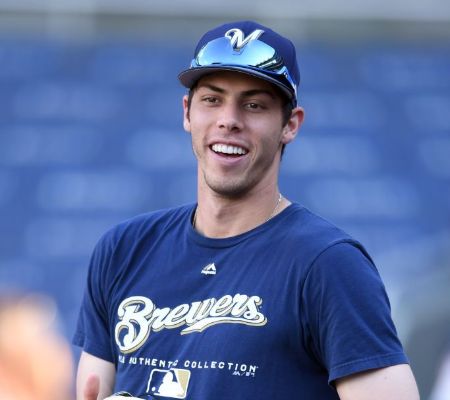 Christian Yelich is an American MLB (Major League Baseball ) outfielder currently under contract with the Milwaukee Brewers, having previously spent four seasons with the Miami Marlins.

How Old is Christian Yelich? Where was he Educated?

Christian Yelich was born Christian Stephen Yelich, the oldest of three sons of Stephen and Alecia Yelich. His younger brothers are Collin Yelich, a fellow baseball player, and Cameron Yelich, a marine serving in the United States Marine Corps. His great-grandfather was Fred Gehrke, a former footballer for the Los Angeles Rams and the San Francisco 49ers; and his uncle is former UCLA Bruins footballer Chris Yelich.

Born and raised in Thousand Oaks, California, the 29-year-old Yelich attended Westlake High School. Upon graduation, he studied at the University of Miami under a baseball scholarship.

At Westlake, Yelich was a precocious baseball player and was named a Second Team All-American and ranked #34 in the best high school players in the nation.

Christian Yelich was drafted in the first round and the 23rd overall by the Miami Marlins at the 2010 MLB Draft. He signed on with the Marlins with a $1.7 million signing bonus. He was named the Minor League Player of the Year in two consecutive years: 2011 and 2012.

Yelich also holds the distinction of being the youngest recipient and the only outfielder to win the Gold Glove Award in left field for his performance in the 2014 season.

He signed a seven-year extension worth a reported $49.57 million in March 2015 but was plagued by injuries and spent most of his time on the sidelines before being traded to the Milwaukee Brewers on January 25, 2018.

His fortunes turned when he signed with the Brewers and in his first year, he was named to the 2018 MLB All-Star Game. He hit his first grand slam during a match against the Washington Nationals on September 2, 2018. 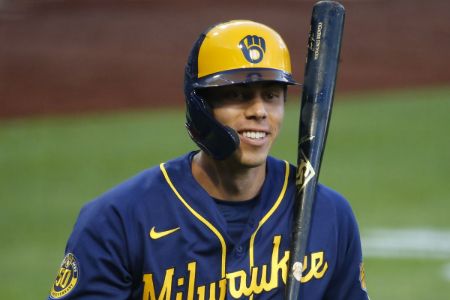 He signed a $215 million nine-year extension with the Brewers on March 6, 2020, setting the record for the most-valued contract signing in history.

He was also named to the MLB All-Stars team slated to play at the 2018 MLB Japan All-Star Series but ended up withdrawing.

Who is Christian Yelich Currently Dating?

According to various sources, Christian Yelich is reportedly dating a woman by the name of Emily Balkind. The two were spotted hanging out, prompting rumors that Yelich had a new girlfriend. However, neither party has out and out confirmed or denied the rumor.