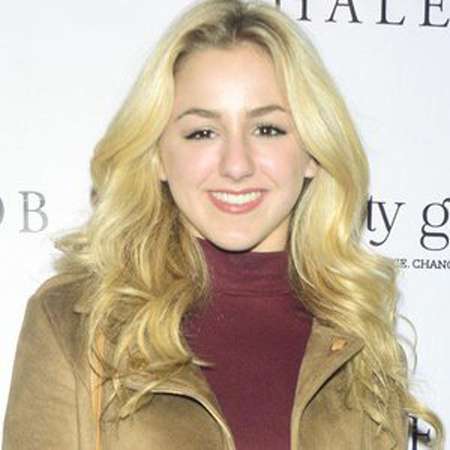 Christina Zook Lukasiak, best known only as Christi Lukasiak is the proud mother of Dancer, Actress, TV personality and model Chloe Elizabeth Lukasiak and Clara Alexandra Lukasiak. She and her husband Marc Lukasiak is famous for being overprotective of their eldest daughter and having constant quarrels with Abee Lee Dance company owner Abby Lee Miller.

Dance Moms is an unscripted reality show where the instructor Abby Lee is known to be demanding notoriously and passionate as well. The series follows children's early steps on the road to stardom, and their doting mothers who are there for every rehearsal, performance and bow...all under the discerning eye of Miller. Seeing the highs and lows surrounding competition season delivers an intriguing and dramatic look at the cast's frantic pursuit of the ultimate National Dance title.

Christi Lukasiak was born in Pennsylvania on March 3, 1977. She was a mother from a young age of about 23. She is one of the original Dance Moms from the Lifetime hit series and one of the show's most frank and straightforward personalities. Before she got a breakthrough in the show, she owned and run Stretch-N-Grow children's fitness franchise, but later sold in focus on her family and household. Her best friends are Kelly Hyland, the mother of Paige Hyland and Holly Hatcher-Frazier.

Christi Lukasiak herself in the show’s Season 1, she was born to a very young mother. She said she had a very hard childhood; she had a poor relationship with her mother; she lived at her grandparents' house; and that she and her grandparents were very close to each other.

Young Christi would dance on the lawn with her little sister, Jodi, and dream of having a life of dance like Chloe does, but she was never given that opportunity. Christi once took Chloe (daughter) to her grandparent's house and danced on the lawn with her.

Christi Lukasiakpulled out her daughter from Abee Lee Dance Company after Season 4 and admit her at Studio 19 Dance Complex. She and her daughter Chloe later left "Dance Moms" after finishing off Season 4 shooting due to Abby Miller's bullying

Christi Lukasiak’s net worth and salary are not highlighted by any source till now. She currently living with her husband and family in Pennsylvania. She is active on social networking sites like Facebook, Twitter and so on.