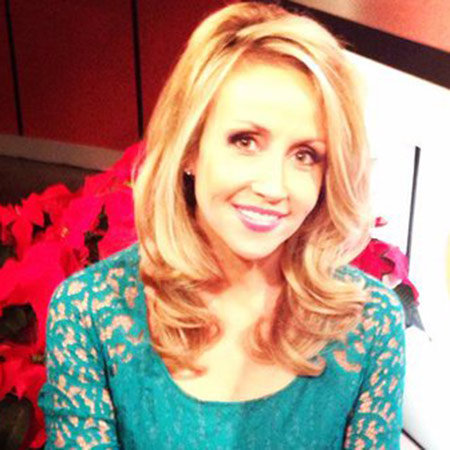 Christa Lauri is a daytime anchor at Verizon Fios 1 News. She also produces a weekly parenting segment named Raising Our Kids, reporting from out in the field and also interviewing experts on the set.

Christa Lauri started her career as a weekend anchor and reporter at Cablevision’s News 12 The Bronx. She then became a reporter at Hartford, CT, and a substitute anchor at NBC’s affiliate WVIT. Later on, she returned to Westchester and spent 6 years as a reporter and anchor for News 12 Westchester, including two years in the morning edition.

In the days following '9/11,' Christa reported from Ground Zero and has also anchored countless hours of national and local breaking news coverage. People really admired her anchoring skills as she presents herself as a very confident reporter, always trying to convey the right news to the world.

Gorgeous Christa Lauri is not only an anchor and reporter but also a philanthropic as she has been involved in several volunteer works and has collaborated with many organizations. Her local volunteer efforts include supporting My sister’s Place, an organization which helps domestic violence victims, Friends of Karen, which assists families of critically-ill children, and The Sharing Shelf in Port Chester. Likewise, she has also been a member of the Junior League of Westchester on the Sound since 2006, serving as the President of the volunteer non-profit organization from 2011-12.

Christa Lauri is a very independent and talented journalist and one of the popular media people. However, apart from being a media person, Christa has not revealed most of her information related to her personal life. There is no news of her being in a relationship with someone. It is also not known whether she is already married or not. She has always managed to keep her personal life far away from her professional life. All we know is that she is a very successful and talented anchor and a reporter.

Christa Lauri is an independent and successful woman and with all the works she has done till date, she must have earned an amazing net worth. The official figure of her salary and net worth is not available , however, we do know that she has earned a lot.