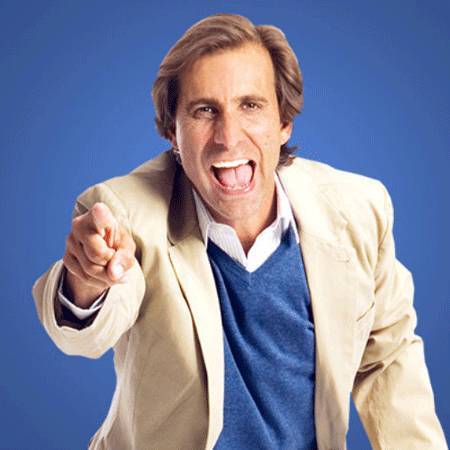 Christopher Michael Russo was born on 18th October 1959 in Syosset New York, United States. He is known as ‘Mad Dog’. He is an American sports personality and is best known as the former co-host of the widely popular Mike and the Mad Dog a sports radio show with Mike Francesa. The show was broadcasted on the WFAN in New York City and simulcast on the YES Network. He is the only child of father Anthony Russo and mother Vera Russo. He is of American nationality and of white ethnicity.

Chris Russo attended Darrow School in New Lebanon in New York and graduated in history from Rollins College near Orlando, Florida. He also attended the Cranleigh School for one spring and also one semester at Sydney University.

Before working at WFAN, Chris Russo worked for WKIS in Orlando Florida from 1984 to 1987. During his work in WKIS, it became trouble for his audience to understand his accent. Because of the trouble, he was sent to speech therapist twice a week. After leaving WKIS Russo joined WMCA in New York from 1987 to 1988. He got the name of ‘Mad Dog’ nickname from the New York Daily News Sports TV and Radio critic Bob Raissman.

Chris Russo is known for his quick manner of speaking, his quick whistles, the expressiveness of his voice and his trademark greeting of ‘Good afternoon everybody’. Russo’s voice was described as a bizarre mixture of Jerry Lewis Archie Bunker by George Vecsey of The New York Times. His voice is also described as ‘Donald Duck’ on the steroids by Don Imus. He had done his shows from Brookside, Grand Lake, the Jersey Shore and US open on many occasions.

In December 1988, Chris Russo joined WFAN as an overnight weekend and fill-in host. He then caught the attention of WFAN Morning Show Host, Don Imus. His work on Imus led him getting his own regular weekend shown on Saturday Mornings by early 1989. Francesa and Russo’s show quickly became the signature show for WFAN and among the most influential sports talk shows in the country.

On 4th August 2008, Chris Russo reached a mutual agreement with WFAN to let him out of the remainder of his contract scenario. On 15th August, Russo said goodbye to the show. On 16th October 1009, he joined Francesa on his show at Yankee Stadium. Then on 30th March 2016, he joined Francesa for a Mike and the Mad Dog reunion at Radio City Music Hall.

Chris Russo got married to Jeanne Lavelle on 6th May 1995. He has four children from his wife named Timmy, Kiera, Colin, and Patrick. Before his marriage, there is no any information about his affairs, girlfriend or any relationships. Currently, he resides in New Canaan, Connecticut. He also has a lake home in Oklahoma on Grand Lake. Russo is a great tennis fan. He is of Italian and English descent. The estimated net worth of Russo is $15 million.