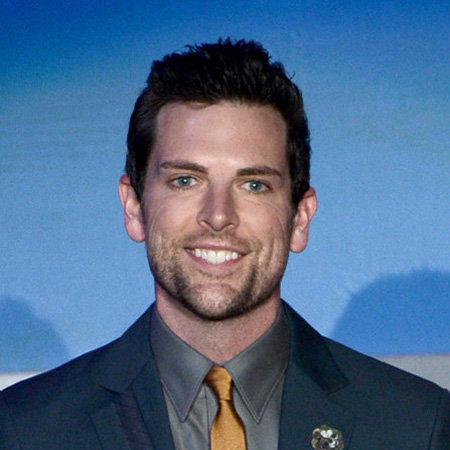 Christopher Michael ‘ Chris’ Mann was born on 5th May 1982 in Winchita, Kansas, United States where he spent most of his childhood days.

Chris joined Wichita Southeast High School located in Wichita, Kansas and graduated in 2000. He then went on to attend Vanderbilt University and graduated in 2004 from the Vanderbilt Blair School of Music with a vocal performance degree. He was a member of the Sigma Nu Fraternity and his pledge name was Buttercup.  Mann was also in that time cast in an Italian opera in Europe. He later moved to Los Angeles in pursuit of a proper muisic career. In Los angeles he obtained a number of studio and group singing gigs that included Dalton Academy ‘Warbler #6’ on an episode of the popular musical drama series Glee, the Sundance Film Festival and the AFI Life Achievement Award as well. His other studio works began featuring in many films like Avatar, Glee: The 3D Concert Movie, letters to Juliet, Tangled, Sex and the City2, the Smurfs and The Philanthropist. Mann came into lime light after entering the NBC’s singing reality show The Voice. He chose to be a part of Christina Aguilera’s team and received excellent commentaries for his singing. He finally place fourth and gained even more recognition. On October 30 2012 his first studio album titled Roads was released by Universal Republic Label. He released the single Roads from this album in the same year. Prior to it , Mann had released singles like Beautiful Life and Pretty Girl. In 2011 he went on to release his album titled Chris Mann on October 10 2011 by Dropped entertainment.  After releasing Roads, he went on to release ‘O Come All ye Faithful. On October 9 2012 he released his third album named Home for Christmas by Universal Republic label. All of his music is highly appreciated.  He is a growing artist and his songs are eventually being recognized and appreciated by many people.

Mann married his long time girlfriend Laura Perloe , an actress, in 2013. They married in a private garden overlooking the mountains in Malibu, California. There have been no reported news of feuds or separation. The couple do not have any children but are planning to have them soon. However time and on  there are many rumors about the couple getting a divorce and Mann being single due to some extra marital affair going on but it seems fallacious as they are seen frequently in award shows and strolling in the public.

Mann is currently 32 years old and has maintained his body. He looks masculine with perfect body measurements. He is nearly 6 feet tall. His estimated net worth is $2 million so his salary is high as well. Although Mann has not received any significant award till date, he is adored by his growing fans for his lovely voice.