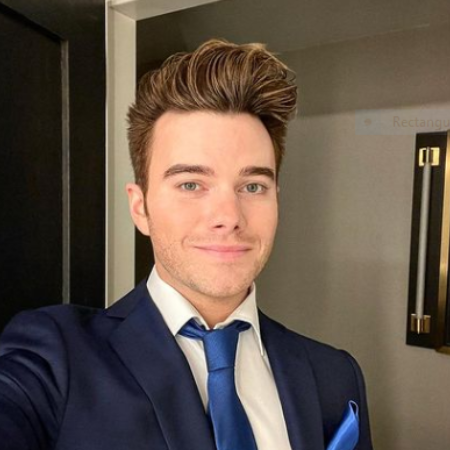 Golden Globe Award-winning Chris Colfer is an actor, producer, author, and singer. The versatile personality came to the limelight and gained international fame following his portrayal of the gay Kurt Hummel on the television series Glee. For his impressive performance in the series, the actor has won many prestigious accolades. He is also known for his work in Struck by Lightning. Besides, the actor is also a bestselling author. He has written a book, The Land of Stories: The Wishing Spell.

Chris Colfer was born Christopher Paul Colfer was born on the 27th of May, 1990, in Clovis, California. He is the son of Karyn Colfer and Timothy Colfer. He showcased a passion for writing at a very young age and wrote a novel named A Land of Stories.

Regarding his nationality and ethnicity, Colder is a White American. However, the singer hasn't revealed much about his family life. The details of his parents and siblings are missing. Further, the actor is a multitalented personality from a young age.

Colfer kick-started his career in the acting fraternity by appearing at the community theater West Side Story. He starred in Russel Fish: The Sausage and Eggs Incident and left his admission to Harvard University.

Colfer came to the limelight after playing the role of a fashionable gay countertenor Kurt Hummel in Fox’s hit TV series Glee. His role has been widely appreciated and has managed to win him a Golden Globe Award as well as two Emmy Awards nominations. He has also won the People’s Choice Awards for his role. In the series, the actor shared the screen alongside Dianna Agron, Jessalyn Gilsig, Jane Lynch, Jayma Mays, and Kevin McHale. 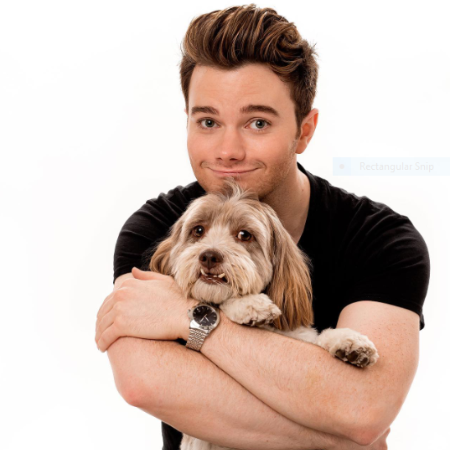 CAPTION: Chris Colfer with his pet during the photoshoot SOURCE: Instagram @ chriscolfer

The American singer appeared in the comedy movie Struck By Lightning. In 2016, he appeared in Absolutely Fabulous: The Movie. He also made his guest appearance in Chopped Junior. The following year, it was announced that he was running a new TV show called Indigo.

Prior to movies and TV, Colfer released a book under the title Struck By Lightning: The Carson Phillips Journal in 2012.

How Rich Is Chris Colfer In 2022? His Net Worth And Salary

Colfer has gained tremendous popularity for his performance in both movies and TV projects. The actor has also earned a hefty amount of net worth, which according to the Celebrity net worth was around $8 million as of 2018. Similarly, his net worth as of 2022 is $10 Million. Also, some tabloids claim his fortune to be around $5 Million. Though his exact net figure is unclear, one thing is sure the actor has enough money to live a luxurious life. Also, he earns good money from his social media handle. He has 1.6 million followers and his estimated earning per post is $3303- $5506 with an engagement rate of 4.46%.

The media personality has an annual salary of above $45 thousand. In the year 2013, he purchased a home for $1.15 million on a Hollywood Hills bachelor pad. The mansion boasts custom red cabinetry, a huge pantry, granite countertops, Viking appliances, and a quaint breakfast area too.

Colfer is also the proud owner of the Audi 6, which is worth around $46,000. He often flaunts his high-profile life on the media platform.

Colfer is not married and is openly gay. He has been known to be dating fellow actor Will Sherrod. The couple has been in a relationship since 2013, and their relationship seems to be getting pretty well.

Colfer has never dated any girlfriend and has not been associated with any girl from the acting fraternity. His relationship with Will Sherrod is going pretty well, and by the looks of it, it certainly seems that the couple will certainly tie the knot real soon. The tv actor often shares his cozy moment with the love of his life through his Instagram handle. There is no sign of their separation as of now. 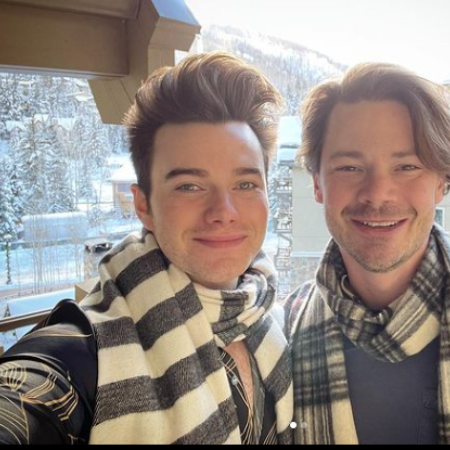