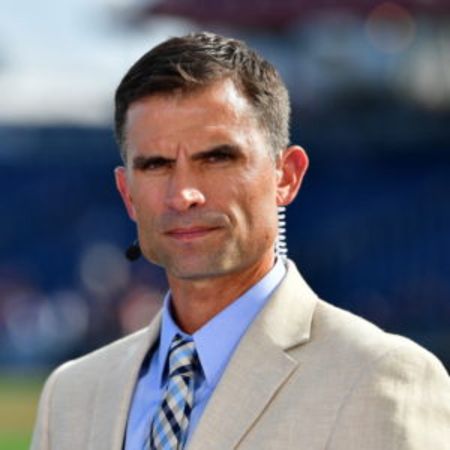 Chris Burke is an American former Major League Baseball player turned baseball analyst. He played professionally for the Houston Astros, the Arizona Diamondbacks, and the San Diego Padres. After his retirement in 2009, Burke became a baseball analyst and works as a baseball live event and studio analyst for ESPN and SEC Network,

The now-40-year-old attended St. Albert the Great Elementary School and St. Xavier High School, both in Louisville, Kentucky. He went on to attend the University of Tennessee. All throughout his academic life, Burke played baseball.

Chris Burke was drafted by the Houston Astros in the first round and 10th overall at the 2001 Major League Baseball (MLB) Draft. He was a baseball prodigy and won many distinctions including Round Rock's Team MVP and being named to the Texas League All-Star in 2003. In 2004, he was named the New Orleans Zephyrs' team MVP and the Pacific Coast League Rookie of the Year. He was also named to the All-PCL and AAA All-Star teams. 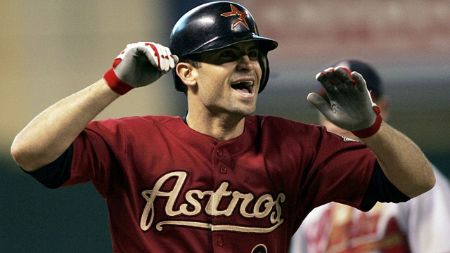 Burke made his Major League Baseball debut with the Astros in July 2004 against the Texas Rangers and scored his first Major League hit with a pinch-hit single in a game against the St. Louis Cardinals.

He spent three seasons with the Astros before being traded off to the Arizona Diamondbacks on December 14, 2007. He was not drafted during the 2008 MLB draft and remained a free agent during 2008 and 2009.

He floundered in his final years and signed minor-league deals with the Atlanta Braves and the Cincinnati Reds in late 2009.

Burke played his final season with the Cincinnati Reds and officially retired in 2009. After retiring, Burke became a baseball analyst and joined ESPN as a contributor. He currently provides insight and analysis on baseball live events and is a studio analyst for ESPN and SEC Network. He covers all events ranging from college games to professional games including the College World Series and Little League World Series.