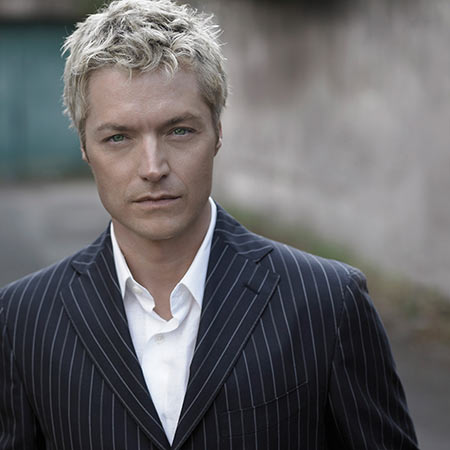 Chris Botti is an award-winning jazz trumpeter who has been able to bagged Best Pop Instrumental Album Grammy for his album Impressions.

Christopher Stephen Botti, an American trumpeter and composer, was born on October 12, 1962, in Portland, Oregon and was raised in Corvallis and has also spent two years of his childhood in Italy. He was influenced by music since his early age because of her mother, who was a cla s sically trained pianist and part-time piano teacher as well. Chris started playing the trumpet at nine-years-old.

In 1990, Chris was asked to join Paul Simon's band where he remained as a band member for the next five years. Finally, in the year 1995, Chris recorded his first solo First Wish. The record has the combination of the sounds of contemporary pop-jazz with the textures of art-rock.

Bathroom pre show warm up. Sold out show in Boone, NC tonight. Thanks so much for spending your night with us @chrisbottimusic #boone #soldout #trumpet #warmup #chrisbotti

In 1997, Chris Botti released his second single 'Midnight Without You', which was a collaboration with Blue Nile vocalist Paul Buchanan. He was introduced to Columbia by Bobby Colomby, who is a drummer and founding member of Blood, Sweat & Tears. Chris's first Columbia release was in 2001 titled as Night Sessions, which was followed by December, a holiday album in 2002.

Chris Botti, a native of Oregon,  released another song in 2003, 'A Thousand Kisses Deep', which was followed by 'When I Fall in Love' in 2004. Later on, he introduced his hit song 'To Love Again: The Duets', in 2005. On September 2007, Chris released an album entitled 'Italia'. The album was also nominated for the Grammy Award for Best Pop Instrumental Album. Similarly, he has released several solo albums and has ruled the music industry since then. For several years, he hosted a radio show called Chill with Chris Botti, which mainly focused on chill music.

Chris Botti's Net Worth and Salary

The net worth of Chris Botti is estimated to be around $8 million dollars. His amazing net worth is the result of his ma s sively successful albums, shows, and events.

Chris Botti was in a relationship with Katie Couric. Katie was formally introduced to Botti at a party and started dating each other. However, the couple broke up because of their personal differences. It was also rumored that Botti was dating Lisa Gastineau. The pair were seen together at a fashion show in 2005 but they never accepted the news of dating each other. He also dated Brandi Glanville in 2012 but that relationship also did not last long. Currently, the relationship status of Chris is single and he is yet to get married.