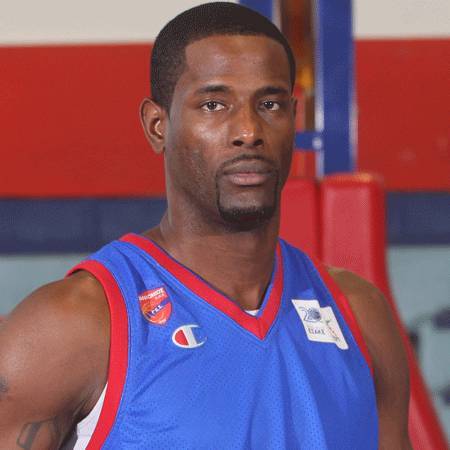 Chris was born as Christopher Monroe Booker on 24th October 1981 in Fort Worth, Texas.

Chris attended Diamond Hill-Jarvis High School based in Fort Worth, Texas where he enthusiastically played basketball. Chris, as a senior went on to score an average of 24.0 points per game.  Also to mention, Chris was later named District Player of the Year and Most Valuable Player in the Fort Worth district while he studied in Diamond Hill Jarvis High School. Chris then attended Tyler Junior College in 2000 for his freshman season. While in Tyler, he went on to average a total of 10.0 points and 10.0 rebounds per game. In his sophomore season, Chris honed his skills and went on to average 19.0 points and 11.0 rebounds per game.

Then for his junior season in 2002, Chris was transferred to Gene Keady at Purdue University. While there, Chris led his team, the Boilermakers in rebounding by averaging 5.7 per game. He is noted to have played in all 30 games, giving 24 starts and went on to rank third on the team in scoring, with average of 9.4 points per game. Not only that, Chris also  led the squad in blocked shots, and shot 45.2 percent from the field, fourth-best on the team and set Purdue's record for blocks in a season making his one of the most precious players in Purdue. In 2004, Chris announced that he was ready to be drafted in the 2004 NBA draft but he was left undrafted.

Thus he began his pro career as a power forward-center in Fenerbahçe Istanbul for a season. He then began playing for Tofas after which he went on to play for  Union Olimpija. Then he played for Energa Czarni Slupsk till 2009 after which he signed with Khimik Yuzhny in 2009. Chris went back to play for Slupsk in 2010. Later in August of the same year, Chris signed with Slovenian team, Krka Novo Mesto with whom he won the 2010–11 FIBA Euro Challenge. In Auigust 2011 he began playing for Telenet Oostende. In 2012 he signed with Greek team Panionios. Later in September 2013, Chris returned to play for Krka Novo Mesto  and signed a one year deal and extended the deal for one more season in July 2014.

Not much about Chris’s personal life is known to the media due to his reluctance on speaking about this matter. There is however a rumor that Chris is a married man who rarely speakes about his wife in public. He does not have any children.

Chris is currently 33 years old, weighs 113 kgs and stands tall at the height of 6 feet 10 inches. He has been noted for thrice being Slovenian League champion, Thrice winning Sloveninan Cup, Belgian league champion one time, Turkish League All-star and Slovenian Cup MVP. Chris’s possesed fascinationg basketball playing skills for which he was named Fort Worth Player of the Year in his senior season.