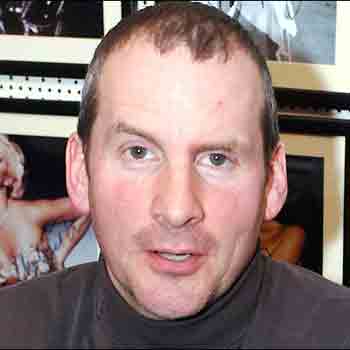 Chris Barrie, a British actor, comedian and impressionist was born on 28 March, 1960 in Hanover, West Germany. He succeeds first as a vocal impressionist, particularly in the ITV sketch show Spitting Image. He is famous for his roles as Arnold Rimmer in red dwarf, a sci-fi Sitcom. He is also famous as Gordon Brittas in The Brittas Empire broadcasted by BBC and as well as Lara Croft’s butler Hillary in the movie Tomb Raider.

Barrie’s full name is Christopher Jonathan Brown. His father served in the British Army. Barrie attended Methodist College Belfast boarding school in Northern Ireland. Barrie started his TV Career as a sports personality impersonator after dropping out of Brighton polytechnic on “The David Essex Showcase”. That was the time he picked his surname Barrie for Equity reason since there was already an actor Chris Brown on the Equity UK Lists. He also provided the voice of Ronald Reagan in “Two Tribes”, a pop song by Frankie Goes Hollywood. He has played ten series of Red Dwarf as Arnold Rimmer. His character is described as neurotic, cowardly, self-centered and hopeless with women. He also got famous with his role of Gordon Brittas, the main role of The Brittas Empire. The series was focused on the life of a well-meaning but useless manager of Whitbury New Town Leisure Centre.

Chris Barrie has also featured in many TV and films. His recent TV work is Britain’s Greatest Machines with Chris Barrie which was screened on the National Geographic Channel from 4 June 2009. Each of the episodes featured many notable air sea, and land vehicles as well as the equipments of 1930s, 1950s, 1960s and 1980s respectively. He has also hosted TV series like Chris Barries’s Massive Engines and Chris Barrie’s Massive Machines broadcasted on the Discovery channel and later screened on Channel 5. Barrie has also worked has director as he has directed “ Ooer, Sounds a Bit Rude” in episode two of Filthy, Rich & Catflap. He acted as Gary Prince in A Prince Among Men, a series from 1997-98.  He has given voice in many movies, song and others. He has always been admired in every part of the work he do.

The 54 years Barrie is good looking as well and also has good impressions among the public. There are many questions about him of having scar in his face but no fact news is found in any media. Barrie interests in collecting vintage motorbikes and fast cars. He has also released a video naming Chris Barrie’s Motoring Wheel Nuts in 1995 which is a showcase for his personal car collection. He currently has Triumph TR2, MGB-GT, Wolseley 1500 and Jaguar XJ6 in his collection. Jaguar XJ6 is his everyday car. HE has been married twice, his first wife is Monica with whom he married in 1987 and divorced in1990. Presently he is living with his wife Alecks whom he married in 1997 and they bear 2 children. His works have always been fascinating and admired by critics as well as viewers and his net worth is measured in millions of dollar.

We can get his regular updates by following him on facebook, twiiter and other social networking Medias. He frequently updates about his present activities. We can find more details of his biography by browsing in the internet or searching about his wiki in Wikipedia.