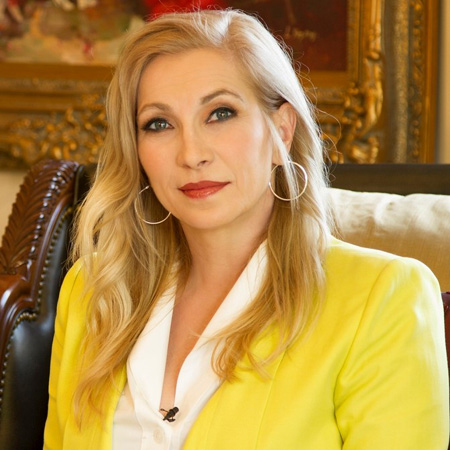 Cheryl Shuman is an American media personality who is better known as Martha Stewart of Marijuana edibles. She is the founder of the Beverly Hills Cannabis Club who explored her skills in a Cannabis Media and Culture Field. She has been termed as America's "First Lady of Cannabis".

Cheryl Shuman was born on 1960 in Buena Vista, Ohio who holds an American personality and belongs to the white ethnicity.

She was brought up in an average family along with her siblings. She made her fortune by selling discount coupons but she had a car accident which threw her back to misery. At the age 18, she established herself as America's Coupon Queen.

Despite that, when she reached 23, she was unemployed, broke and lonely with a daughter. Nonetheless, she got a job in Encino, North of Los Angeles, selling gla s ses.

Later, Cheryl collaborates with Steven Seagal and opened up the Starry Eyes Optical, that specialized in working with the seventh art.

Shuman began her professional career with the show named, The Bob Braun Show. She then worked at Starry Eyes as a specialist in lifestyle, entertainment, and consumer marketing.

There was a time when she suffered from depression and psychic issue and a Psychologist suggest her to smoke weed in order to overcome her condition which was starting of her cannabis empire. In the same year, the State of California approved the use of the drug for medicinal purposes.

Using her prior jobs in 1996, she founded the Beverly Hills Cannabis Club, a club that is profound of supplying “the best cannabis in the world, natural and organic”.

On the other hand, she became the charter member of Beverly Hills NORML Women's Alliance also serving on the steering committee for Public Relations and Marketing on an International platform.

In 2015, she was named Martha Stewart of Marijuana by LA Weekly and Cannabis Queen of Beverly Hills by The New York Times. She also served as an executive director of Celebrity, Media and Public Relations for the KUSH Brand.

In addition, she has appeared on many television programs, newspapers and magazines such as ABC News, CNN, Fox News, NBC News, NBC Today, HBO Entertainment News, Lifestyles of the Rich, Famous and many others.

All over her career, she has worked with many popular celebrities from Hollywood such as; Tom Cruise, Madonna, Arnold Schwarzenegger, Demi Moore, and Steven Tyler.

The popular media personality has earned a lucrative amount of money from her professional career. As of 2015, she manages a fund worth more than $106 million in marijuana businesses.

Shuman was in a romantic relationship with her boyfriend, Nigel Lythgoe, a producer, and director. The couple officially accepted their relationship in an event of OK Magazine.

Previously, Cheryl was married twice and had a daughter from her first husband. However, both the times her marriage couldn't last long and ended in divorce. She has been diagnosed with ovarian cancer.