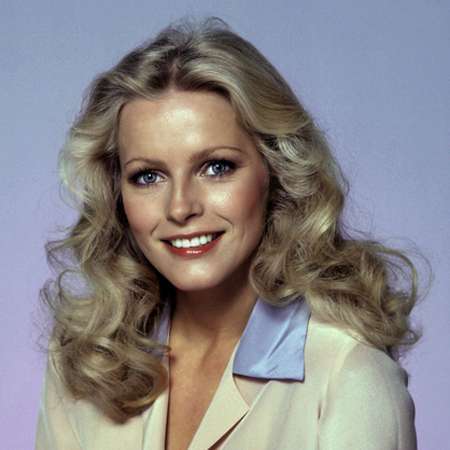 Cheryl Ladd is an American actress, author as well as singer. She is best known for her role in the television series (Charlie's Angels) as Kris Munroe.

Cheryl Ladd was born on July 12, 1951, and raised in Huron, South Dakota. Ladd was highly focused on dancing, singing and acting from her early days.

She has a younger brother named Seth. She was also a cheerleader during her high school days. She also had a band known as 'The Music Shop band' in high school.

Cheryl Ladd first gave her voice in animated series (Hanna-Barbera's Josie and the Pussycats). Back then she was known as 'Cherie Moor'. She started lending her voice in commercials and episodic television series soon.

Her role as 'Kris Munroe' in Charlie's Angels made her an overnight star. In 1980, she performed National Anthem at the Superbowl XIV.

Awarded as  'Women of the World Award'

She released three albums and featured them in movies such as Purple Hearts, Millennium, Poison Ivy and Permanent Midnight.  In 2005, she published an autobiography 'Token Chick: A Women's Guide to Golfing With The Boys.

Cheryl Ladd is a humanitarian and an ambassador for the child abuse prevention and treatment charity, Childhelp. She was awarded the 'Women of the World Award' from Childhelp USA in 1987.

Her net worth is estimated to be around $12 million in 2022. She has access to such an amount through her successful career as an actress.

She does not have her personal business or other's kinds of stuff that generates money for her apart from her career.

In 1973, she first met David Ladd, son of then-famous actor Alan Ladd. She married David Ladd in the same year and gave birth to their only children daughter, Jordan Ladd two years later.

They divorced after six years as they could not keep their marital relationship for more years. They have not revealed their reason for separation.

After her 1979 split, Ladd dated Scott-born music director Brian Russel and got married in 1981. She also has a stepdaughter, Lindsay Rossellini 1970s she had been photographed in playboy( 1978-79) and Maxim(1999).

The lovely couple has been enjoying each other's company as a husband and wife hapilly. They are providing time for each other despite their busy schedule.

Ladd As A Charlie's Angel

In her days audiences fell in love with her due to her charm. Now in her early 60s, she is still a heartthrob to her audience.

In 1971, Ladd moved into acting and ever since she didn't look back. Being an actor, musician and writer she has enjoyed success in all of the faculties. But it was her Charlie's Angel's role that hit the audiences worldwide and she did justice to her role.

Ladd In 'The Flying Nun.

"I don't think people will ever forget I was an Angel, any more than they'll forget Sally Field was 'The Flying Nun." These are words from Cheryl Ladd herself and indeed she remains one of America's favorite blond people.