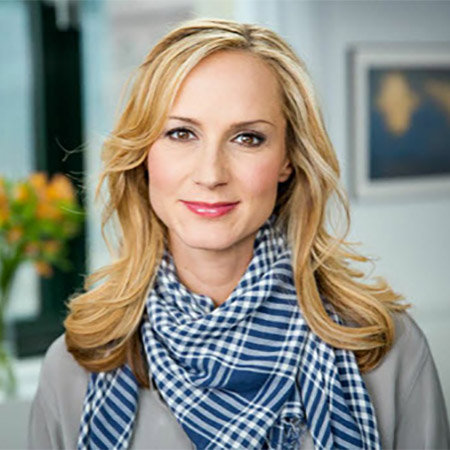 Chely Wright is an American country singer and gay rights activist. She is one of the talented country singers in the United States. She has sold more than 1,500,000 copies of her albums as of 2010. Born as Richell Rene ‘Chely’ Wright on October 25, 1970, in Kansa City, Missouri, Chely has been active in the entertainment world since 1994.

Chely states that she wanted to become a country music performer since the age of four and realized that she was a gay when she was eight years old, in her autobiography Like Me. She took piano lessons when she was a kid and began to perform on stage by the age of 11. She worked as a performing musician at the Ozark Jubilee on summer before her senior year at high school. Shortly after graduating from high school, she got a position in a musical production at Opryland USA.

In 1993, Chely signed her first singing contract to Mercury/Polygram but having two unsuccessful albums, she decided to sign with MCA Nashville. Afterward, she started to have her hit numbers and began to tour, promoting her albums. In 2003, Chely decided to be linked with a new independent label, Vivaton. She released her sixth album, The Metropolitan with Dualtone in 2005 and seventh with Vanguard Records in 2008. Her eighth studio album, I am the Rain’ was released in 2016 through Red Distribution and Painted Red Music Group. She is scheduled to tour U.S. in the months of 2017.

Chely Wright is openly a lesbian. She came out as a lesbian in 2007 and soon afterward spent three years writing her biography. Chely Wright confessed, she had sexual relationships with two women and had her first same-sex experience at the age of 19. She was in a committed relationship with a woman from 1993 to about 2004. However, her partner left her and married to a man.

The couple had on and off relationship even though they were together in between this time. They briefly had heterosexual relationships. During the late 2000s, Chely Wright was in a relationship with a country singer Brad Paisley. However, Chely confessed she was not satisfied with her boyfriend Brad though she loved him and treated him nicely.

Chely Wright is currently a married woman. She is married to her partner Lauren Blitzer since August 20, 2011.  Chely and Lauren met at the LGBT firm and both supported LGBT community. The couple is blessed with twins named George Samuel and Everett Joseph born on May 18, 2013. The couple got married in a private ceremony officiated by a rabbi and a reverend. The twins were carried by Chely.The couple is very happy together and there is no sign of divorce in the marital relation.

In her career journey, Chely Wright has won a number of awards. She has won the awards for her works in various areas. Some of the awards she grabbed are Academy of Country Music’s Top New Female Vocalist Award in 1995, Country Music Association Awards for Vocal Collaboration in 2000, MENC Fame Award in 2002, Back Tie Dinner Media Award in 2010, Lambda Literary Awards for Best Biography-Like Me in 2011, New York LGBT Community Centre’s Annual Center Women’s Event Woman of the Year in 2011, Family Equality Council Outstanding Work as LGBT Activist in 2014.

Chely Wright is involved in various projects and earns a very handsome salary that has increased her net worth day per day. Her current net worth is estimated to be $8 million.