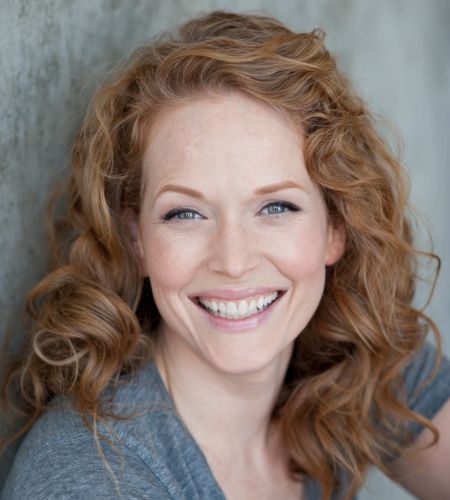 Chelah Horsdal is a Canadian film and television actress most known as Lt. Womack in Stargate SG-1, Maggie Palmer in Hell on Wheels, Cat Montgomery in When Calls the Heart, Helen Smith in The Man in the High Castle, and Margie Mularkey in Firefly Lane.

At the time of this writing, Chelah is 47 years old and is billed at a height of 5 feet 9 inches (1.75 meters). She was raised by her mother in Kitsilano, Vancouver, and attended Bayview Elementary School, and subsequently, Lord Byng Secondary School. She started modeling at 18 and spent a year of her life living in the Caribbean.

What Movies & TV Shows is Chelan Horsdal Known For?

Chelan Horsdal made her on-screen acting debut in 1993 after having modeled since she was 18. She took a nearly-decade-long hiatus before re-debuting in 2000. Since then, she has been credited in nearly 145 movies and TV shows and has been the recipient of several awards and award nominations.

She has had notable roles in movies like The Pink Panther, X-Men: The Last Stand, Hollow Man 2, Aliens vs. Predator: Requiem, Passengers, The Cabin in the Woods, Rise of the Planet of the Apes, If I Stay, Noelle, Ash, and Spontaneous, among others. 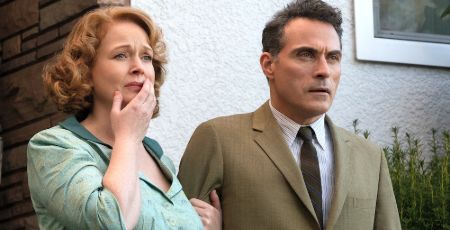 Chelah Horsdal and Rufus Sewell in Man in the High Castle SOURCE: Amazon

On television, Horsdal is most known for playing Lt. Womack in the Canadian-American sci-fi space series Stargate SG-1, Maggie Palmer in the AMC Western Hell on Wheels, Cat Montgomery in the Hallmark drama series When Calls the Heart, Helen Smith in the Amazon Prime dystopian series The Man in the High Castle, and Margie Mularkey in the Netflix drama series Firefly Lane.

She has also guest-starred in TV series like Criminal Minds, Smallville, The L Word, Psych, Stargate: Atlantis, Blackstone, Level Up, Arrow, Arctic Air, and The 100.

What is Chelan Horsdal Worth in 2022?

While her exact net worth has yet to be disclosed, Chelan Horsdal is reportedly worth somewhere between $1 million and $5 million in 2022.