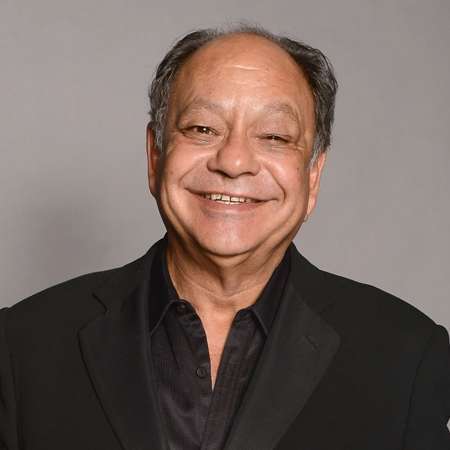 Cheech Marin is an American comedian, actor, writer, and voice actor. He is notable as a part of the comedy act ‘Cheech & Chong’ during the 1970s and 1980s with Tommy Chong. Similarly, he gained recognition as Don Johnson’s partner, Inspector Joe Dominguez, on ‘Nash Bridges’. Likewise, Marin has also voiced characters in numerous Disney productions, such as ‘The Lion King’, ‘it’s Tough to Be a Bug’, ‘Oliver and Company.’

Cheech Marin, whose real name is Richard Anthony Marin, was born on 13 July 1946 in Los Angeles, California. He is the proud son of Elsa, a secretary and Oscar, a police officer. He was given his nickname ‘Cheech’ by his uncle when he was a kid. Marin was raised in Granada Hills, where he developed a reputation as a class clown and also sang in his friend’s band.

Cheech Marin went to California State University Northridge, majoring in English literature, but left eight credits short of a degree to move to Vancouver, Canada. He was actually delivering carpets when he met Tommy Chong, a musician who was running an improv comedy troupe. After a brief spell with the troupe, Chong and Marin started performing as a musical act and then as a stand-up comedy duo.

In 1970, the two brought their act to Los Angeles and shortly after catching the attention of Lou Adler, a record producer, they released their first album ‘Cheech and Chong’ in 1971. Followed by ‘Big Bambu’ in 1972, and became the highest-selling comedy album in history at the time. They again released their next album ‘Los Cochinos’ and earned a Grammy Ward.

Similarly, in 1978, the popular duo made a successful transition to the big screen with the cult stoner hit ‘Up in Smoke’. The film became a massive success and established ‘Cheech and Chong’ as official symbols of marijuana culture. They directed and wrote multiple sequels to ‘up in Smoke’, but eventually, they gave up, and after releasing their ninth album, ‘Get Out of My Room’ they split up in 1965.

Cheech Marin directed and wrote ‘Born in East L.A.’ in 1987 which a modestly successful comedy about a Mexican-American. Along with that he started giving voice to the Disney characters in the successful Disney movies including ‘The Lion King’, ‘Oliver & Company’, ‘Cars’, ‘Cars 2’, and ‘Beverly Hills Chihuahua’. Later, Marin collaborated with Rodriguez for the family hit ‘Spy Kids’ and its sequels in 2000 and also for ‘Once Upon a Time in Mexico’. Similarly, he also appeared in television shows including ‘The Golden palace’, ‘Great Performances’, ‘Rachel vs. Guy: Celebrity Cook-off’, ‘Anger Management’, ‘Jane the Virgin’ and so on.

Cheech Marin married Darlene Morley in 1975. Darlene also co-produced ‘Cheech & Chong’s The Corsican Brothers’ and likewise, played minor roles in earlier ‘Cheech & Chong’ films under the name Rikki Marin. The pair had a son and divorced in 1984. Shortly, after the divorce with Darlene, he married artist Patti Heid in 1986. The couple has two children together but they also separated afterward.  Later on, he started dating Russian pianist Natasha Rubin and in August 2009, he married his longtime girlfriend in a sunset ceremony at their home. Currently, he resides in California with his family.

The Net worth of Cheech Marin is estimated at $12 million dollars. He earned his outstanding net worth from his outstanding career, with comedy shows, movies, and TV shows. Similarly, like other celebrities , he also gets paid by several ads, sponsorships, and endorsements.