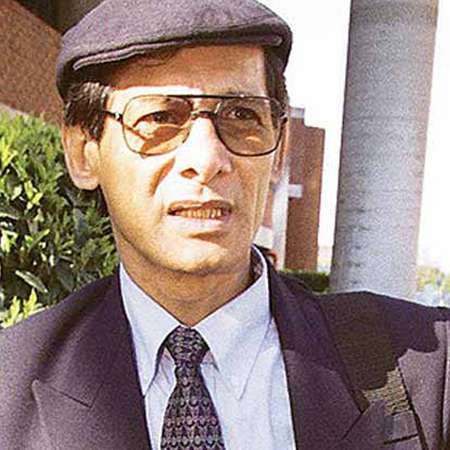 Charles Sobhraj is a French serial killer who preyed on Western tourists throughout Southeast Asia during the 1970s. He has repeatedly committed dozens of murders in his life. He earned infamy after committing strings of murders in 1970 and his successful escapes from high-security prisons.

Sobhraj holds a French nationality belonging to the Indo-Vietnamese ethnicity. He spent a part of his childhood days on the rough streets of Saigon. His parents were not married during his birth. He was adopted by his mother's new boyfriend, a French Army Lieutenant, with whom she later got married.

Sobhraj started committing petty crimes at the age of 19. He was arrested twice in Paris for auto theft in the early 1960s. He received his first jail sentence for burglary in 1963 at Poissy prison near Paris.  He bribed prison officials for which he was granted special favors like keeping books in his cell.

Sobhraj met Felix d'Escogne, a wealthy young man and prison volunteer, and endeared himself to him. He moved in with d'Escogne after being paroled and shared time moving in the high society of Paris and the criminal underworld.

Sobhraj murdered a Dutch couple whose bodies were found burnt and discarded. He traveled around Europe and Asia, escaping custody in several countries. He has successfully escaped from high-security prisons, for which he is also known as The Serpent. He is also known by the name, The Splitting Killer.

Sobhraj was spotted in Nepal by a journalist in 2003 and was arrested by the authorities for one final time and was given a life imprisonment punishment. He was arrested in a casino at Hotel Yak and Yeti in a case for murder in 2003.

In July 2010, Sobhraj was charged with the murder of an American tourist in 1975, and the court ordered the seizure of all his properties. He was convicted in Nepal for another murder in 2014 and still has cases pending against him.

Sobhraj has reached the age of 73 now. He is currently serving a life imprisonment sentence in Kathmandu Central Jail. He is a narcissistic pedlar of fantasies who has spent his life on the run or in prison across Southeast Asia, France, and the subcontinent.

Sobhraj joined a three-woman criminal clan in July 1976, while he was in New Delhi. They together tricked a tour group of French post-graduate students into accepting them as tour guides.  He was then charged with the murder of Solomon, and all four were sent to Tihar prison, New Delhi.

Sobhraj had a lot of female visitors, mainly journalists and MA students, while he was in Tihar Jail.  He slept with many of them, including his lawyer, Sneh Senger, Jacqueline Kuster, a German imprisoned on drug charges, and a young Punjabi who fell in love with him having read Neville's biography.

Talking about his personal life, he was married to Chantal Compagnon, a young Parisian woman from a conservative family. He met, Compagnon at the age of 24, while he was in Paris and started a relationship with her.

Sobhraj proposed to marry Compagnon but was arrested the same day for evading police while driving a stolen car. He was sentenced to eight months in prison. Chantal remained supportive during his prison time. The couple was married after he was released from. They together had a daughter named Usha Sobhraj.

Sobhraj made an announcement of his engagement to Big Boss 5 contestant, Nihita Biswas in 2008. The couple claimed to have married in prison but Nepalese Authorities have denied those claims.

Sobhraj is suffering from a cardiac condition and will have the surgery in Kathmandu's Ganga Lal Heart Centre. However, he is expecting a release from the jail in Kathmandu and hoping to undergo his surgery in France.

Since he is a convict and is imprisoned, he does not have a definite net worth. Many people around the globe consider him dead, however, he's not.