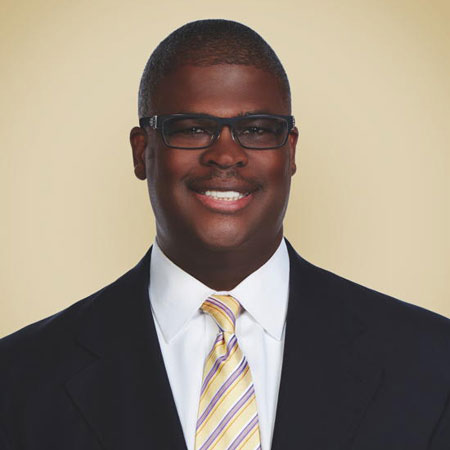 Charles Payne is a huge broadcaster and has reached the summit of success through his hard work. He has improved his presentation skills and at the present time, he is counted as one of the best journalists in the United States.

Charles Payne is a Fox Business Network contributor and works as the host of Making Money with Charles Payne in the network. He has been associated with Fox News since October 2007.

Charles Payne was born on 15 November 1960. He grew up in Harlem, New York City in a single parent home. He was born in the United States of America. His nationality is American and he belongs to the African-American ethnicity.

He became the United States Air Force officer at the age of 17 and served as a security policeman at Minot Air Force Base in Minot, North Dakota. While he was in service, he attended the Central Texas College and later he enrolled at the Minot State University from where he achieved his graduation.

He is a darling of the audience and he has never let any kind of ego hurt him or his career. He has already been on the verge of becoming a legend and this proves how successful he has been in his career. 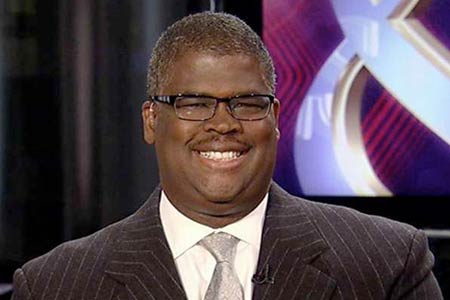 He is currently working for the Fox News Network. He hosts a show called Making Money with Charles Payne and the show has been a blockbuster in recent years. He is also one of the most reputed Fox Business Network Contributors.

Not only that he is also a chief executive officer and principal financial analyst of the very prestigious and very successful Wall Street Strategies. He has been an impressive author as well and his book called Be Smart, Act Fast, Get Rich Quick: Your Game Plan for Getting It Right in the Stock Market.

Charles Payne's personal life is as perfect as his career. He dated his girlfriend Yvonne Payne before the couple decided to get married. The couple started dating in the nineties and dated for a few years before tying the knot in March 2004. 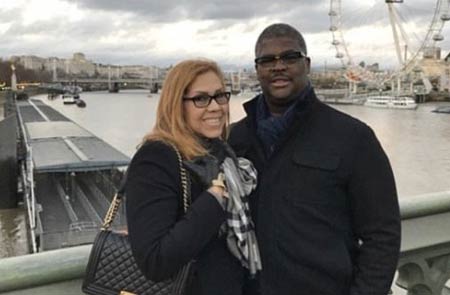 Charles Payne and his wife welcomed their first child, a son Charles Payne while they were still partners. They also have a daughter together whose real name is not revealed yet.

In September 2017, Charles Payne was accused of rape and sexual misconduct by Scottie Nell Hughes, a political commentator on CNN and Fox. In the lawsuit, Hughes accused Payne that he raped her in 2013. Payne was suspended from his job in June 2017 after Hughes' original claims. He returned to the network in early September after a two-month-long investigation.

In her claim, Hughes claimed, Payne forced her to have sexual relations with her despite her objections in 2013 and he was continuously coerced to have relation with him over the course of next two years. She further said, her relation with Payne provided her with several career opportunities and chances to be on his show, however, Fox never hired her as an employee or a paid contributor.

Charles Payne's Salary And Net Worth

He has been very successful in his career and this has given him great earnings and a wonderful net worth. As of 2018, Charles Payne has a whopping net worth of $10 million.