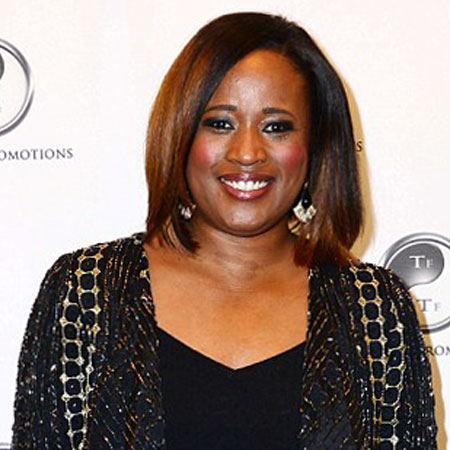 Charlene Denise is a British, journalist and newsreader.  She presents ITV news, weekend bulletins, and ITV News London. She is best known as the youngest Journalist of ITV News.

Ethnicity-wise, Charlene is the black Caribbean.

Charlene was born on 22 June 1980, in Greenwich, London. She was born to a mother Durrett, and father Dennis. She has two younger siblings, Joshua, and Carina.

She attended Black heath High School in southeast London. Later, She joined the London College of Printing and graduated from there. Charlene's parents wanted her to become a doctor. However, they were happy to know her talent and her success in journalism.

Charlene white was a presenter and senior broadcast journalist at BBC Look East, Radio 5 Live Morning Reports, and BBC News. In BBC London 94.9, she also had her own late-night talk show. She joined Radio 1 Newsbeat and its sister digital station BBC Radio 1Xtra as a Reporter in 2002.

Charlene White joined ITN- as a newscaster for the ITV News at 5:30 on ITV a role she continued from 2008 to October 10, 2012. Later she also began presenting the ITV News Weekend Daytime bulletins on a rotation basis.

In 2016, she became the Deputy presenter of the ITV Lunchtime News, ITV Evening News, and ITV London, as well as appeared on the ITV Weekend News on occasion. She has also co-hosted the show London Tonight with the co-presenter, Nina Hossain.

Charlene, a gorgeous journalist, and newsreader have reached the age of 36 now. She currently lives in South London. Her favorite color is blue and enjoys shopping.

Charlene is not married yet. She is currently dating her boyfriend Andy. They have been together for many years. On 26th March 2017, she revealed through the Twitter account that, she was expecting her first child with her current boyfriend Andy.

Charlene's mother had bowel cancer since she was 16. She took great care of her mother for five years before her death in 2002. Since then, she has been working to raise awareness about bowel cancer and is also a part of Charity Bowel Cancer UK.

Charlene earns a lot from her journalism career and it seems she has a good living standard. She adds her net worth from famous News such as ITV Lunchtime News, Daybreak, and ITV News London. But her actual net worth is under review.