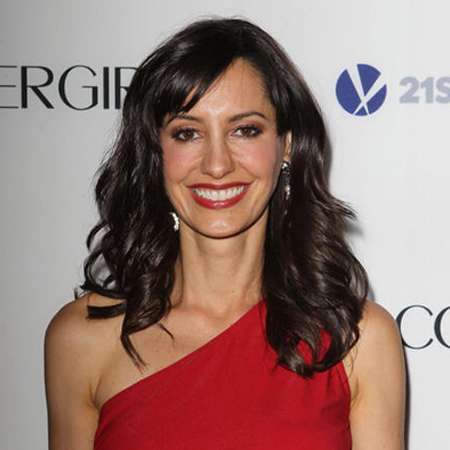 Charlene Amoia is best known for landing a recurring role in the American hit sitcom TV series How I Met Your Mother. She played as waitress Wendy and her performance was praised by audience. Amoia is also known for appearing on Glee, American Reunion, American Pie series and much more. She was born in Buffalo New York, US, for which she is American by nationality.

Charlene Amoia initially started her modeling career appearing in various commercial and worked for Nine West. At the age of 15, she moved to LasVegas from Buffalo, New York and later relocate to Los Angeles in pursuit of an acting career. In 200, she booked a role on the soap opera Port Charles, since than Amoia appeared in other several series as a guest including Girlfriends, Joey, 90210 and The Young and The Restless, in which she played as Anna Schick as well as in Nip/Tuck.

Charlene Amoia was hired to appear in a single episode as Wendy, a bar waitress on CBS television sitcom series “How I Met Your Mother”, in 2005. However, her performance was critically praised by fans which led her to appear in further episode till 2011.

Charlene Amoia auditioned for different roles for the fourth series of American Pie but received the roles as Kevin's wife, Ellie. The film was released in 2012. She played as Nurse Katie on daytime soap Days of Our Lives and also  appeared as Bailey on Glee. She was cast on the American teen/family drama TV series Switched at Birth as Diana Cotto. In addition, she played Miss Wells in Season 1 episode 7 of TV series 90210.

Charlene Amoia alongside Will Smith appeared in the American drama film Seven Pounds. Later in 2012, she appeared in American Pie Reunion along with Jason Biggs, Thomas Ian Nicholas and Mena Suvari. The same year, she made an appearance on The Longer Day of Happiness. In 2013 of Mark Phinney's  film 'Fat' she played Jill and the film was premiered at the Toronto International Film Festival on September 2013. Charlene Amoia also guest star as Carly Dawson on NCIS: New Orleans in the episode Breaking Brig and Kelly on Major Crimes.

Charlene Amoia played the role of Dr. Jane Carson in the movie Vitals of 2015 and as Amanda on The Waystation. In 2016, she appeared as Carol in the movie Not a Stranger and as Janet in Snipper: Special Ops.

Charlene Amoia is not married yet and rumor exists that she is dating someone in the industry. Her overall net worth and salary are not disclosed by any sources. However, from How I Met Your Mother alone her net worth was assumed to be around $600 thousand.