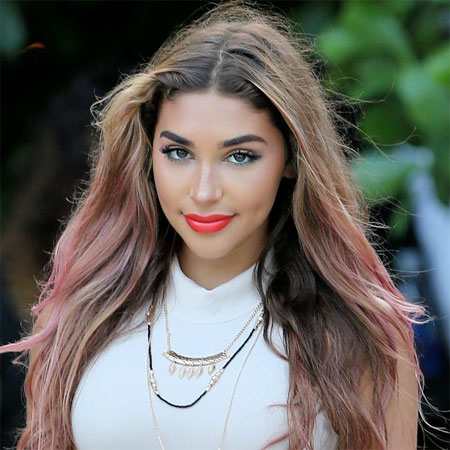 Chantel Jeffries was born on 1st October 1993 in Jacksonville, North Caroline, United states. She is an American model.

Her father is a former Marine Colonel. Because her father was in the military during her childhood, she had to move from one state to another. Chantel was brought up in Jacksonville. She has a younger brother. She is of an American nationality and of white ethnicity.

Chantel Jeffries has modeled for different product lines of VH1’s Basketball Wives like Fine Ass Girl and Mint-Swim Suit by Draya. Besides being a model she is also a DJ and a social media personality. She has opened her own line of temporary tattoos named as EncreNoir. She has also her own merchandise of beauty products like liners, lip glosses and 12-piece line of brow-grooming products.

Chantel Jeffries is a very popular face in an Instagram. She has over 2.4 million followers on Instagram and the followers are growing every day. There she has described herself as a model, deep thinker, student, animal lover and eyebrow connoisseur. She often shares her super sexy bikini pictures, selfies and inspirational quotes on Instagram.

Chantel Jeffries has recently opened her own YouTube channel where she posts videos on beauty tips and fashion as well as her travel vlogs.

Her tutorial on faux freckles and eyebrow makeup made her very popular on social media. By the Wilhemina Models in Miami, she has been represented and her director there said that ‘she is a pleasure to represent’.

Chantel Jeffries has dated many famous men but the affair between her and the very popular pop singer named Justine Bibber has not been confirmed yet. It is still a question whether they are friends or dating. Previously she had dated Diddy’s son Justin Combs, DeSean Jackson who is a Philadelphia Eagles wide receiver and the rapper named Lil Twist.

It was hard for her to make friends because as a child she lived in 7 states. While growing up she played travel soccer. Chantel loves a cat and she has two Bengal cats which she named Marley and Olive.

Chantel Jeffries has been arrested for five times till date. Once in the year 2011, she was arrested for misdemeanor assault with a deadly weapon. She has also been caught for driving 92 miles per hour in the 70-mph zone. Later on, she has interviewed that she has never committed any crime and all the rumors are baseless.