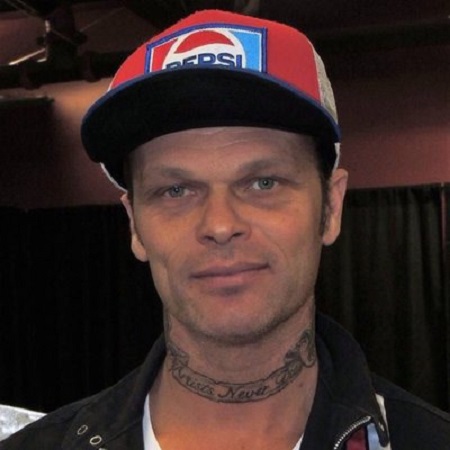 Chad was born on 31st August 1971 and is 50 years old, as of early 2021. He was born in Kingsport, Nova Scotia. The name of his father is Doug Hiltz, and mother is Patricia. His father was the owner of a gas station under the gas company, White Rose.

Chad is 5 feet 8 inches tall and weighs around 68 kg. His eye color is light brown, and hair color is black.

Chad dropped out of school and started working at Grain Mill. The television personality early days was not smooth. He was fired from numerous jobs before working at Chicken Processing Plant.

Chad was interested in the car since his young days. Even his father was car enthusiastic. He sold his hockey card and even convinced him to buy a’34 Ford three-window coupe. Together, they fixed the car.

Gene Winfield mentored him, and within a short period of time, he grabbed huge attention with Green Goblin Customs. In 1998, the television personality hosted Rockabilly Weekend, where one can see unique custom cars.

He Was Married Once; Now Engaged To Jolene

Talking about Chad’s personal life, he got married at the age of sixteen. There is nothing much disclosed about his first wife. He shares a daughter with his first wife.

Chad then went on to marry his second wife at the age of 27. He welcomed son Colton on 10th August 1998. But, just like his first marriage, his second marriage also did not work out.

In 1999, Chad met Masher and started dating on 15th August 2004. The duo welcomed daughter Harlee and moved to Canning. Later, they separated. 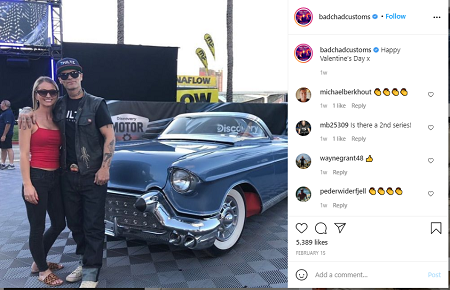 After breaking up with Masher, Chad started dating Jolene MacIntyre. Jolene is a shop manager at Green Goblin Customs. The couple got engaged on 12th August 2017. It is not clear if the pair has tied the knot, but some sources claim that they got married in a private wedding ceremony in 2020.