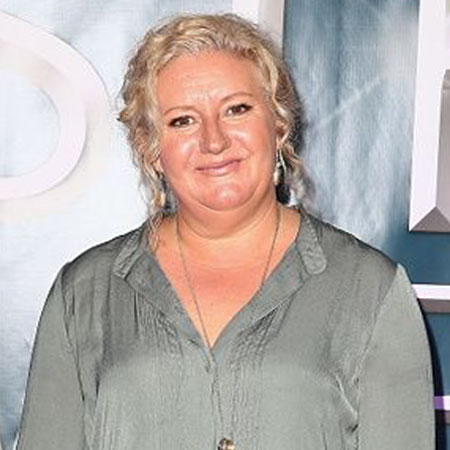 Celia Ireland, age 50, is an Australian actress, known best for her performance on the television series All Saints as Regina Butcher and as Liz Birdsworth on the prison drama series Wentworth. She has been active in acting since 1992.

Celia Ireland is of Australian nationality and White Australian ethnicity. She is a graduate of Saint Mary's Catholic High School and Saint Anne's/Saint Plus X College.

Celia Ireland made her acting debut in 1992 with a guest role on the Australian television series Police Rescue followed by guest roles in projects like A Country Practice, Water Rats, and Murder Call among others.

Celia Ireland was on the cast of Seven Network's drama series All Saints as Regina Butcher. She remained on the series from 1999 till 2005 and left in its eighth season.

Celia Ireland was cast in the recurring role of Liz Birdsworth on Wentworth, an Australian prison drama series which is a reimagining of the series Prisoner, a cult classic that was aired on Network Ten from 1979 till 1986.

Wentworth aired on SoHo in mid of 2013. Ireland won a Logie Award for her role in Wentworth.

Celia Ireland is a married woman. She is married to her boyfriend turned husband Tim Jones who is an Artistic Director at Seymour Center. The couple is blessed with two children.

Ireland opened up about her struggle with polycystic ovary syndrome in her late twenties. The condition is characterized with enlarged ovaries with a rare production of viable eggs, irregular menstrual cycle, acne, and increased risk of diabetes, excessive hair growth and obesity.

Celia Ireland currently contributes to the University of Western Sydney in the study of the condition.

Celia Ireland is an award-winning actress. Wentworth and All Saints are both well-received series. Ireland's net worth is $1 million, most likely, or more, given her successful career.