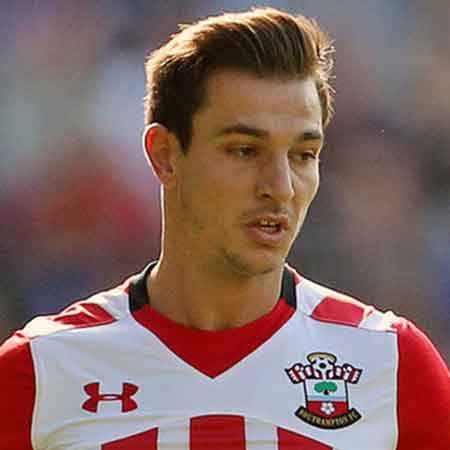 The right back of Portugal National team and Southampton FC Cedric Soares was one of the most consistent players in Portugal's achievement of Euro Championship 2016. Often considered an underrated position in football as right back his performances for Southampton FC in recent season has earned him potential move to European giants such as FC Barcelona and Manchester United.  Soares has European experiences with both Sporting CP and Southampton FC.

Cedric Ricardo Alves Soares was born on 31 August 1991 in Germany, Barden Wurttemberg. His parents were migrant workers to Germany.  During his childhood, he joined Sporting CP's youth system following the footsteps of his brother who was three older than him.

He played in various youth ranks of Sporting CP finally making his Portuguese league debut on 8th May 2011 in a 1-0 home win against Vitoria De Setubal. In the start of the 2011/12 season, he was loaned to Academica De Coimbra to get more playing time. He played regularly at that season and also won Taca de Portugal with the club as he played all 90 minutes of the final.

After his loan was finished he eventually returned back to his parent club Sporting CP and played regularly under various managers. In his 89 appearances for Sporting CP, he scored 2 goals.

On 18 June 2015, Cedric Soares was transferred to English club Southampton FC on a four-year contract. Southampton paid $6.3 Million for his services which was a bargain considering his European experiences.

He made his debut for Saints in a 3-0 win over Vitesse Arnhem in Europa league qualifiers on July 30, 2015.  He made his premier league debut against Newcastle Utd in a 2-2 draw. In his debut match, he a s sisted the first goal of the game scored by Graziano Pelle. He scored his first goal for Saints in the sixth round of FA Cup on 18th March 2018.

Though Southampton FC  had dipped their form in 2017/18 season Cedric Soares delivered amazing performance and has been a transfer target for Manchester United.

He was also included in the squad of Portugal for UEFA Euro 2016 squad and made his debut in the competition in a 1-0 win against Portugal. After that game, he made right back position his own and featured in all games up to the finals.

Unexpectedly Portugal went on to win the finals against hosts France and became European champions for the first time in their history.

He was also included in 2017 FIFA Confederation cup squad for Portugal and scored his first goal for the Portugal national side in a 2-2 draw against Mexico in the group stage. He has also featured in several matches in 2018 World cup Qualifiers for Portugal.

Cedric Soares receives a weekly salary of $87,838  from Southampton FC.  His estimated net worth is believed to be around $8  Million. He endorses Nike brand.  Soares has been living in a flat near Southampton's St.Mary stadium before finding a permanent home in England.

He is a transfer target for English giants Manchester United and if the move materializes he will earn more than his current salary. In addition to Nike, he has endorsement deals with Gold Nutrition, a sports nutrition company.

Cedric Soares parents were Portuguese immigrants to Germany, as a result, he was born in Germany but was relocated to Portugal when he was just 2 years. He has an older brother named Kevin who joined Sporting CP  during his younger days but could not make his breakthrough as a footballer.

Cedric Soares is dating model, Filipa Brandao. The couple is living together in a flat near St. Mary stadium. Some reports claim that he had an affair with Debora Piciota who is also a model. However, she denied any rumors of the pair been together.