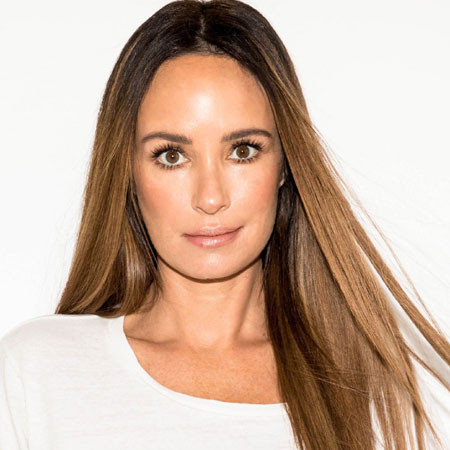 Catt Sadler is an anchor best known for E! News Weekend and Daily Pop. She was the co-anchor of network’s “The Daily 10” previously which was later discontinued.

Sadler was also named as one of the top 10 up-and-coming broadcasters in entertainment by the Los Angeles Times.

Sadler attended Martinsville High school and then joined Indiana University where she graduated with a degree in Journalism. She was the member of the Chi Omega sorority.

The 42-years-old anchor was first hired by the WXIN to host the weekly segment named “Youth Matters.” After she worked in local news for about a year she moved to California to pursue her further career. She then appeared in few VH1 spoofs in Hollywood.

Catt Sadler got her first broadcasting job as an entertainment reporter at KBWB/ KNTV in California for their entertainment news segments. She hosted the lifestyle segment “The Bay Beat” and traveled to Los Angeles to conduct the celebrity interviews.

In the year 2001, Sadler moved back to Indiana and returned back to WXIN to co-anchor the station’s morning newscast. She also hosted the Hoosier Lottery’s Hoosier Millionaire show.She then continued her acting in L.A. and appeared on General Hospital where she worked during nights. She starred in the music video “You Better Pray”.

Sadler then joined the extended hour-long E!News show along with Ryan Seacrest and Giuliana Rancic. She also worked as a host of several E! Live from the Red Carpet events, covering the Golden Globes, Emmys, Academy Awards and much more.

Apart from working in the medias she also worked as a spokesperson for the Women Like US Foundation which is an organization working for the welfare of the women.

The 42-years-old TV personality was married to her college sweetheart fashion executive Kyle Boyd. They have two sons together named Austin and Arion Boyd. They divorced in 2008.

In 2009, Sadler met Brett Jacobson when she attended Indianapolis 500. The couple was engaged after five months but their relationship did not last long. They split up next year and started enjoying the single life.

Later Sadler started dating British film producer Rhys David Thomas whom she met at a charity event in Los Angeles. Thomas and Sadler married in a private ceremony at the Palazzo Hotel in Las Vegas October 23, 2011. But in March 2016, Catt filed for divorce from Thomas after splitting up in January. The divorce was finalized in May 2017.

Sadler is very fond of tattoos and has got more than 5 on her body. She has the tattoo of a lion on her bicep, greater than and less than sign on her forearm and a feather near to it and many more.

Being one of the prominent personality in the medias, she has earned a great amount of salary from her acting and journalist professions. Her net worth is reported to be $2.5 million which helped her to live a luxurious life.