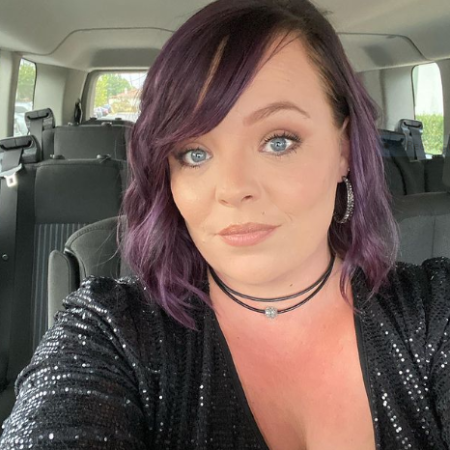 Catelynn Baltierra is an American reality star who rose to fame from the show Teen Mom. Later, she was also one of the contestants in the reality series 16 & Pregnant.

She is a married woman and has three children with her husband. The pair gave up their first child for adaption as they were too young to take care of the baby.

Catelynn Baltierra is a native of Port Huron, Michigan, the United States of America born on March 12, 1992, to April Baltierra and David Lowell. As per nationality she is American and belongs to the White ethnicity. She has three siblings, River Lowell, Sarh Lowell, and Nicholas Lowell.

Baltierra was a student at Baker College in Flint, Michigan. The 30 years old media personality is 5 feet 2  inches tall and weighs around 70 kg. She has brown eyes and brown hair.

After giving up her first child for adoption she became an advocate for adaption. In 2015, after appearing in the fifth season of Teen Mom OG along with her husband she rose to fame.

Baltierra from her appearances in reality TV shows accumulated an estimated net worth of $200000 before 2 years however, it is not the official figure. 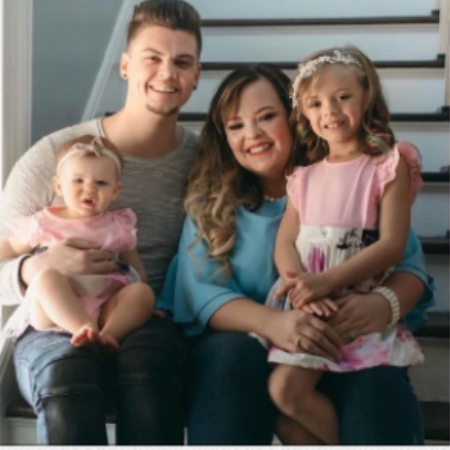 According to sources, the cast of Teen Mom earned around $30k per episode. She also got paid a similar amount for appearing in the show. Similarly, her net worth as of 2022 is estimated to be around $1.5 Million. Further, the tv personality might have collected enough money to live a luxurious life with her family.

Baltierra is married to her childhood love Tyler Baltierra. The pair tied the knot in August 2015 at a Castle Farm in Charlevoix, Mich.Before getting married they had known each other for more than 10 years.

The pair welcomed their first child long before they exchanged vows when Baltierra was only 16. However, they did not keep the child and gave her for adaption. Her adoptive parents Brandon and Teresa named her Carolyn Elizabeth Davis. Baltierra gave birth to their second child, Novalee Reign on Jan 1, 2015. According to a Teen Mom OG trailer released by MTV, the couple is expecting their third child. Both both have not confirmed the news.

She has been to rehab twice and on Jan 18, 2018, announced that she is going back for treatment. She said via social media,

‘’Well, they say third times a charm… I’m going back to treatment people for 6weeks to work on my trauma and getting on different meds. THANK YOU @TylerBaltierra I LOVE YOU SO MUCH!!!!! You are my light!! And nova you are my sunshine #Keep TalkingMH.’’

In 2016, she was admitted to a clinic in Arizona after suffering from postpartum treatment of depression and anxiety. A year later she was again admitted for treatment after having suicidal thoughts.