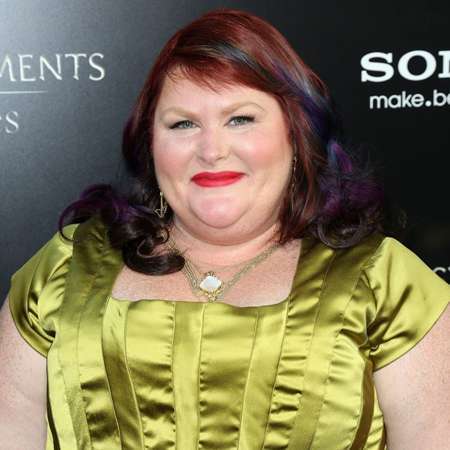 Cassandra Clare an author best known for her best-selling series “The Mortal Instruments”, a book about young adult fiction. Her birth name is Judith Rumelt. Her mother  Elizabeth is a business school professor and her father is Richard Rumelt, an author. Her parents are both American. She was born on July 27, 1973, in Tehran, Tehran Province, Iran.

In her childhood she traveled a lot along with her family, she has visited and lived in many places such as France, England, and Switzerland. She even went on a trek to the Himalayas mountain when she was a toddler,(child aged between 1 to 3) living in her father backpack. She is familiar with books as a result of her family moving to around. She always carries her book along with her wherever she went, keeping under her arm

She attended her high school in Los Angeles. During her high school, she developed an interest in writing,and she used to write amusing stories of her friends. She, then, was influenced by Jane Austen's short story titled “The Beautiful Cassandra.” She even published a novel with the same title. Later, she used 'Cassandra' as her pen name.

After finishing her college and majoring in English, she works in many entertainment magazines as a writer and various tabloid such as The Hollywood Reporter. She has done a report on Brad Pitt and Angelina's world travels and Britney's wardrobe malfunction. She started  writing fan fiction before she digs more into writing projects.

Inspired by the urban landscape of one of her favorite city, Manhattan, she started writing a novel, titled 'City of Bones' in the year 2004. The book was released by Simon & Schuster . Later, in 2006, she decided to create a career in writing fantasy fiction full time.

Her first professional work as a writer was a short story titled “The Guide to Defeating the Dark Lord”. The story is about a humor fantasy.

Cassie likes to work outside the house like restaurant, and local coffee shops because she thinks that she is frequently distracted by her two cats and TV reality shows. Talking her personal interest, she also likes to work alongside her friends.

Her work of 'The Draco Trilogy' is inspired by Harry Potter and The Very Secret Diaries and The Lord of the Rings which became famous and sell numerous copies.

She also has a friendly relation with the author, Holy Black. She has been credited by her publisher with creating the "City of Fallen Angels treatment" where a tangible "letter" from one character to another is attached to the back of physical copies of a book.There is no source available about her past romantic affair or boyfriend. However, she is married to Joshua Lewis and currently lives in Amherst, Massachusetts.

Cassandra Clare was nominated for several awards and also won some of them. The awards and nominations were for her book 'City of Bones' . Some of the awards are 2010 Georgia Peach Book Awards for Teen Readers, Finalist for the Locus Award for Best First Novel of 2007, An American Library Association Teens Top Ten Award winner, 2008, 2010 Georgia Peach Book Awards for Teen Readers, Winner of The 2010 Abraham Lincoln Illinois High School Book Award, Winner of the 2010 Pacific Northwest Library Association Young Reader’s Choice Award, A Texas TAYSHAS title 2010.

She also won the 2009 ALA Teens Top Ten Title for the “City of Ashes” from The Mortal Instruments. Her net worth is estimated to be $7 million and getting a lucrative salary. There has been a rumor that she is working on a new series but the rumor was never confirmed. Anyway, one can read her bio on wiki and other websites. You can also buy her book from several bookstores, online.