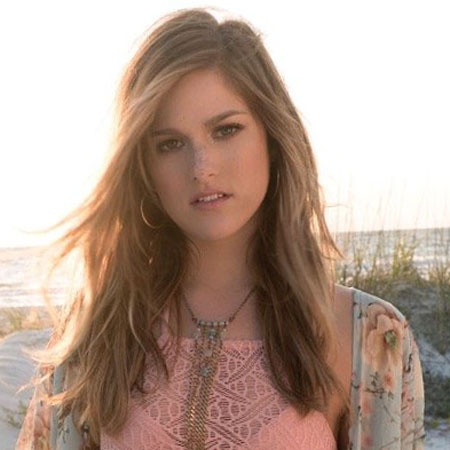 Ca s sadee Pope is an American singer and songwriter that has been in the music industry for over a decade now.

Ca s sadee Pope was born on August 29, 1989, in Palm Beach, Florida. Pope was born to father Lenny Pope and mother Lori Pope. She was interested in singing and songwriting since her school days. She performed as a singer in St. Ann School’s jazz band.

Pope went to Wellington Christian School in Florida. Pope is an American and of White ethnicity.

Ca s sadee Pope also appeared in Fall out Boy’s video “America’s Suitehearts”. She did a guest appearance being her own in the role in the TV movie Degra s si: the next generation and in Degra s si Goes Hollywood. In the end of 2011 Hey Monday’s indefinite hiatus was announced and pope pursued her solo career after then.

In 2010 along with the band Stereo Skyline Pope and other members from Hey Monday were featured on an episode of the MTV show “Silent Library; Celebrity Edition”. Pope started 2012 with her first solo acoustic tour across the west and the east coasts.

She auditioned for the season 3 of the popular singing competition The Voice.  In the third live round Pope sang “Over you” and the song reached no. 1 on iTunes chart knocking down the ma s sive hit PSY’s ‘Gangnam Style’ in the second place.  She ultimately won the show in the December of 2102.

Her single Wasting All These Tears released on may 31 2013 made it to number 37 on the Billboard Hot 100 and number 7 on the Billboard Hot Country Songs. She released her first studio album Frame By Frame on October 8, 2013. Pope is still actively continuing her solo career. She mostly writes her own lyrics.

Since January 2010 she has been dating Rian Dawson, the drummer of the band All Time Low. In the June of 2011 Pope was sued as per the breach of contract suit by Driven Entertainment Group’s CEO Centi and his wife Tammy accusing the pope of turning her back on the professional relationship when she started getting noticed by Sony’s record labels in 2007.

But according to Pope’s Lawyer contract with Driven Entertainment Group was terminated for a cause. She can be spotted distant from the crowd because of her punk style in music as well as clothes and her style in music also includes country songs. She has quite a fan following in YOUTube too.

She is a very good looking singer and a songwriter and plenty of her tour photos, as well as hot and sexy photos, are available online.