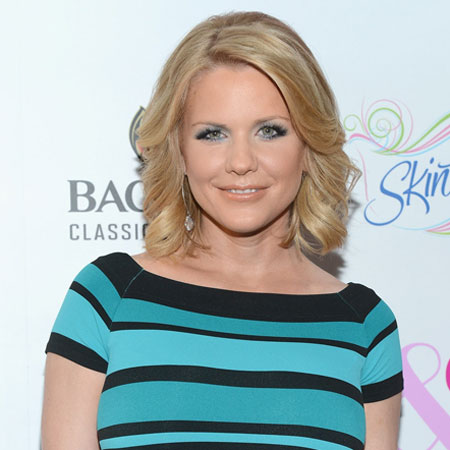 Carrie Keagan is an American actress, producer, writer and also a television personality. She is better known for hosting Up Close with Carrie and also Big Morning Buzz Live on VH1.

Carrie Keagan was born on 4th July 1980 in Los Angeles, California, United States. She was brought up in Amherst, New York.

Carrie Keagan attended Buffalo State College. Circa 2002 she changed her name and has not revealed her birth name.

Carrie Keagan was a host as well as a producer of VH1’s show named Big Morning Buzz Live with Carrie Keagan. The show is has won an Emmy Award.

Carrie Keagan has hosted over four thousand interviews till date in her career with a number of Hollywood’s most popular faces.

Carrie Keagan along with an online video pioneer have co-founded a very successful digital network and a YouTube channel named No Good TV. On YouTube, NCTV has first 25 premium channel partners and it remains the leading entertainment destination till date.

This 37 years old lady frequently appears as a guest on a number of talk shows like CBS’ The Talk, Rachael Ray, Good Morning America, The Late Late Show with Craig Ferguson, The Wendy Williams show, and The Greg Gutfeld Show and Joy Behar etc.

In her acting career, Carrie Keagan has appeared in blockbuster films like The Hangover and Superbad. She has also appeared in films like Dead 7 in 2016 as Daisy Jane, The Fiancé in 2015 as Sara, Dinner in 2014 and Army of Two: The Devil’s Cartel in 2013 etc.

Recently, Carrie Keagan has hosted a fashion competition All-Star All Style. The show was produced by LeBron James and Kevin Hart. She has also hosted and produced two seasons of VH1 Classic One Hit Wonders. The show was the highest-rated series which was ever shown on the network.

Carrie Keagan's Net Worth And Salary

Carrie Keagan's net worth is $3 million at present. Earning from movies and television shows helps to add to her net worth. Carrie also endorses Magnifico Giornata Wine. She also earns a lot from the endorsement.

She has hosted  No Good TV's original programming, including series Up Close with Carrie Keagan and In Bed with Carrie. She worked as a guest co-host on E!'s The Daily 10; co-anchored Emmy, Oscar and Golden Globe red-carpet coverage for TV Guide Network; and conducted backstage coverage on the Teen Choice Awards on Fox.

She had a recurring role in the Comedy Central series, Reno 911!. She had several roles and cameos in the films; Superbad, The Hangover, Miss March, American Pie: Book of Love and Smokin' Aces 2: Assassins' Ball.

In the year 2013 September, Carrie Keagan began dating a British actor named Michael Sheen. The couple is together since then. Generally, in Hollywood affair does not last long but the couple is lucky to have each other for above 3 years.

Carrie Keagan is the niece of a famous singer and songwriter named Willie Nile. She is also known as ‘naughty critic’. Despite being so popular, Carrie likes to keep her personal life in low profile.

Carrie has a fine figure which measures bust 36 inches, waist 25 inches and hips 35 inches. Her figure is an hourglass shaped. She also has an average height of 5 feet 5 inch and normal weight of about 59 kg. Her eyes are blue and she has blond hair.