Carrie Brzezinski-Hsu is an American business executive who serves as the current Vice President of ESPN's in-house creative agency, ESPN CreativeWorks. She also manages the sales and marketing for ESPN The Magazine, espnW, and ESPN shows including SportsCenter.

Graduate of the University of Michigan

Carrie Brzezinski-Hsu is a native of Michigan, USA, and attended the University of Michigan. She graduated in 2000 with a Bachelor's degree in Literature, Science and the Arts with a major in organizational studies with a specialization in advertising and marketing.

While at Michigan University, Carrie helped launch TheMichiganDaily.com, a digital advertising outlet of the university's newspaper, The Michigan Daily.

She left AppleNet to join the New York-based digital marketing firm, DoubleClick, as the junior account manager. She worked with the firm for five months until February 2001.

Starting from March 2001, Carrie began working as the sales and marketing coordinator at the internationally-distributed American daily newspaper, USA Today. During her 26 months with the paper, she managed advertising for high-profile clientele including IBM, Sony, Intel, Canon, Zenith, and their respective agencies. 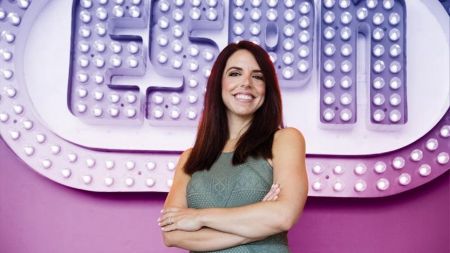 Carrie joined ESPN in March 2008 as the senior director for ESPN's in-house creative agency, CreativeWorks. She oversaw the marketing team responsible for developing and deploying integrated programs across ESPN properties including ESPN News & Information shows including SportsCenter, First Take, PTI, and Around the Horn; ESPN The Magazine, ESPN International, and espnW.