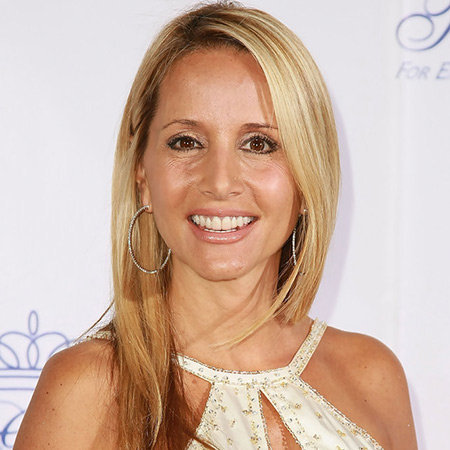 Carolyn Gusoff, a popular American television news reporter and author, graduated from George W. Hewlett High School, Cornell University with a bachelor’s degree in Government and English. She also went to the Columbia University Graduate School of Journalism and earned a master’s degree in Journalism.

Carolyn Gusoff started her career in Fort Myers, Florida where she worked at WEVU-TV, an ABC affiliate at that time. After graduating from Columbia University in Journalism, she began working at News 12 Long Island. Her education became her great support to boost her career in journalism.

In August, Carolyn Gusoff joined WNBC which is the NBC-owned and operated station in New York City. During her time on NBCC 4, she worked as Long Island Correspondent and Bureau Chief and covered stories like the crash of American Airlines Flight 587, the crash of TWA Flight 800, and the Blizzard of 1996.

Until 2008, she was an anchor for the show‘Today’ in New York on Saturday and Sunday mornings on WNBC. Later, Carolyn joined MNYW Fox 5 in the spring of 2009 and covered news in the metropolitan area for ‘Good Day New York’.

Carolyn Gusoff joined WCBS-TV in January 2012. She is currently working as an on-air reporter at WCBS-TV.

The last three decades of Carolyn Gusoff’s career includes some of the biggest stories of our time such as the NYC transit strike, the terror attacks of 9-11, the NYV blackout, and the massacre on the Long Island Railroad.

Carolyn Gusoff married facial cosmetic surgeon Dr, Jon Turk on September 1991. The couple got engaged on January 13, 1991, and got married after seven long years. The couple is blessed with two children.

Carolyn Gusoff’s honors include three New York Emmy Awards and fourteen New York Emmy nominations. Most recently, Carolyn was a part of winning team that earned WCBS an Emmy for its coverage of Superstorm Sandy. She was also awarded a New York Emmy Award for On –Camera Performance for the Mepham Hazing Scandal in 2004 and also won a Long Island Fair Media Council 2016 FOLIO Award.