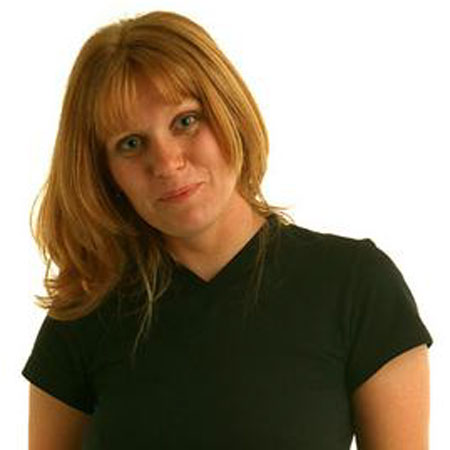 Caroline Overington was born in 1970 in Melbourne, Victoria, Australia. She is an author and also a journalist. With the Fairfax Media, she has begun her career in journalism by writing for The Age Suburban Newspaper Group.

Caroline has two siblings. She was raised in Melton, Victoria.  She holds an Australian nationality and is of white ethnicity.

Caroline Overington attended Melton South Primary school followed by the Melton High School. She completed her graduation from the Deakin University in journalism. From The Melton, Express she began her journalism cadetship.

In the year 1993, Caroline Overington was recruited by a Melbourne businessman and also an editor named Alan Kohler to write for The Age. There she worked as a sportswriter and covered two Paralympic and Olympic games.

In 1990s several of Caroline’s pieces were selected by the Random House for the Best Australian Sports Writing and Photography anthologies. For the Female Journalism in Sports, she was awarded the Annita Keating Trophy. After that, she got promoted to the foreign correspondent for The Age as well as The Sydney Morning Herald.

In 2006 Caroline’s first book entitled ‘Only in New York’ was published by Allen and Unwin. The book is based on her family’s experiences in the United States and is a comedy based. Her other work included investigation on the Australian literary scandal which involved Norma Khouri’s book Forbidden Love.

In 2006 Caroline Overington returned to Australia and worked as a senior journalist in News Limited Newspaper The Australian. There she has uncovered the scandal of AWB where the AWB Limited paid $290 million to the regime of Saddam Hussein.

In 2009 Caroline Overington’s first novel entitled Ghost Child was published. For the Best Adult Crime Novel, the book got shortlisted for Davitt Prize. Her second novel was I Came To Say Goodbye. At the Australian Book Industry Awards in 2010, her book also got shortlisted for the Fiction Book of the Year and Book of the Year. Later in 2014 her another book entitled the Last Woman Hanged got released.

In 2004 for the Norma Khouri Investigation, Caroline Overington won Walkley Award. Followed by that in 2006 for Journalism she won Sir Keith Murdoch Award. Her award collection includes Walkley Award in 2007 for coverage of the AWB Kickback Scandal she won, Blake Waldron Prize in 2008 for Business Literature and Davitt Award in 2015 for Crime Writing.

Caroline is married to her longtime boyfriend. She has twins from her husband, a son and a daughter. In an interview, she said that both of them are water babies. They were born in 2000 She has also said that her husband loves to surf.

Caroline Overington later moved to New York with her husband after their marriage, however, currently resides in Bondi, Australia with her family. She also revealed that Monday is her writing day and sits with her puppy, laptop and, a cup of tea in the garden.