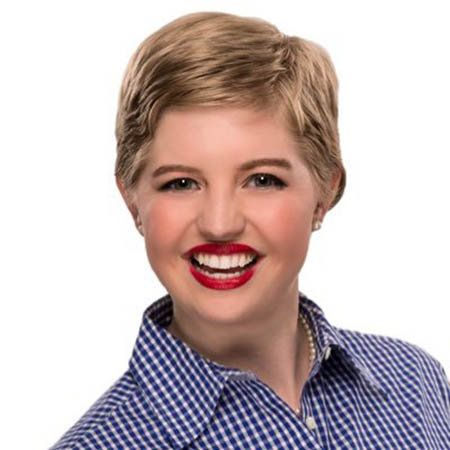 One of the leading ladies of the Vermont House of Representatives, Caroline Bright is a flight attendant and former Miss Vermont. Caroline Bright competed in Miss America in 2011. Born on June 24, 1990, twenty-six years old Caroline is also involved in politics being with Democratic Party.

Caroline Bright was born as Caroline Winanna Bright to parents Thomas and Jennifer Neville Bright in Burlington, Vermont. She has been dreamy since her childhood. She loved to dress up and look pretty. She wanted to be famous. Caroline has been witty and smart since her childhood that paved her way to success in such an early age.

Caroline Bright is a graduate of Missisquoi Valley Union High School and attended St. Lawrence University in Canton and Saint Michael’s College in Colchester with a major in Political Science and a minor in History and Religious Studies. She is the sister in Chi Omega women’s fraternity. She served as the Governor of Green Mountain Girl Sate in 2006 and served as the director of the program from 2011 until 2013.

Caroline Bright was the Next Generation Commission in 2006, appointed by the Governor James Douglas. She got honored in 2007 with a bill of over $12 million in college scholarships and workforce training for her work on the commission. While at college, she interned in the Burlington office of United States Senator Patrick Leahy and also worked as an Events Coordinator for Burlington City Arts.

As of 2012, Caroline Bright announced her candidacy for Vermont Senate from Democratic Party for Franklin County running a platform focused on Education, Jobs, Healthcare and Agriculture being focused on youths of Franklin County. She lost the election and started working as a program services clerk in Vermont office of the Secretary of State.

Caroline Bright started working at The Hattie Caraway Foundation as their Executive Director in 2013 and later in 2015, she was hired by American Airlines as a Flight Attendant. Having been actively serving in different sectors, she obviously earns a good wage. However, the exact amount of her salary and net worth is not available in any media.

Caroline Bright is the winner of Miss Vermont’s Outstanding Teen in 2007 that made her way to participate in different beauty pageants. She is the first runner-up of 2009 Miss Vermont Pageant but she competed again in 2010 for the same title and grabbed the Miss Vermont 2010 title. She also competed in Miss America 2011.

Twenty-six-year-old beauty queen obviously has won the heart of a number of men. Though she is not six feet tall, her height is competent enough. Caroline Bright has mentioned in her blog that she started loving her body after she competed in Miss America 2011. She encouraged people to start loving their bodies and be confident sharing her personal experience of being in the popular platform of Miss America pageant.

Caroline Bright is bright as her name in her profession. Coming to her personal life, of course, there is a high curiosity. However, she has been reluctant in giving her private information. Her current relationship status is not known.

Whether she is married, is having a romantic affair or is single, the information is a complete mystery leading the speculation on her sexual orientation. Caroline Bright is still trying to be more successful in her career and is busy in it. She seems more focused on her career making her personal life out of media concern.

Caroline Bright is a talented and a very active person. She moves with time and utilizes the opportunity that comes with time. She is active on Instagram, Twitter and is also an active blogger. One can read her blogs in blogger under her name Caroline Bright. Different online sites including Wikipedia and IMDb have stored a short biography on her.