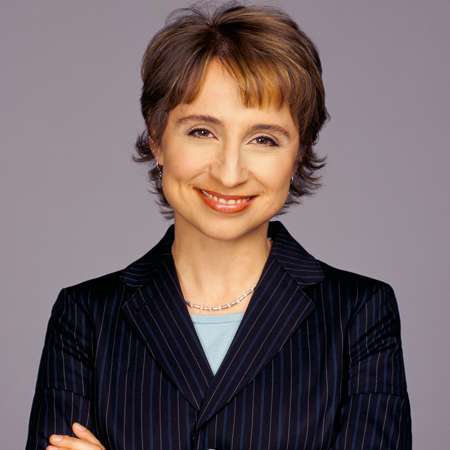 She is an anchor on CNN en Español's program named Aristegui and also a regular contributor to the opinion section of the Mexican newspaper Reforma.

Carmen Aristegui was born on 18 January 1954 in Mexico City, Mexico. She is the fifth of seven siblings. Her father was a Spanish refugee who came to Mexico at a young age due to the Spanish Civil War of 1936.

She grew up in Colonial Álamos, near Benito Juárez division in the south-central part of the Federal District, where spends most of her childhood. She is Mexican by nationality.

At the age of 17, she started working as an accounting firm called Ayala and Associates, this was her first job. Later she continued her education at National Autonomous University of Mexico (UNAM) and studied sociology but after a while, she changes her subject and studied Communication Science.

Aristegui's career began television by working as an a s sistant on the financial news program called Monitor Financiero on Channel 13. During that time the show was hosted by Efrén Flores.

She was then later in mevisión's team of journalists. According to Quien's description on Aristegui, "communication skills and her tenacity at work ensured that she came to be part of the team of newsreaders and reporters in the more than fifteen daily news programs broadcast by Imevisión on its five or six channels.” In a short span of time, she along with Javier Solórzano became the face of 7 AM news broadcast on Channel 13.

Carmen Aristegui also worked with Javier Solórzanoon the program En Blanco y Negro, which was broadcasted by MVS and in 2001, she also served Círculo Rojo on Televisa.

From 2003 until 2006, she worked at a news channel broadcast on 52MX called Noticias Canal 52: Aristegui-Solórzano. After working together for more than 15 years in various media such as Canal 52, Imagen, Televisa, MVS, and Imevisión, Aristegui and Solórzano separated in 2005 due to conflicts in their schedules.

Since 2006, she worked on CNN en Español's interview program called Aristegui. Currently, she reports news for Noticias MVS, which is broadcasted on 52MX channel. She has worked in various radio stations such as Stereorey, FM Globo, and Radio Educacion.

Aristegui has been honored with numerous awards, including 2001 – National Award for Journalism (shared with Javier Solórzano).

Carmen previously married to a Mexican politician Emilio Zebadua Gonzalez, when she was at her age of 19. She was married for 10 years. Aristegui has one son from her ex-husband named Emilio, born on 1999.

Carmen Aristegui earns a decent amount of salary from her journalism career as she had a very successful career in her life.