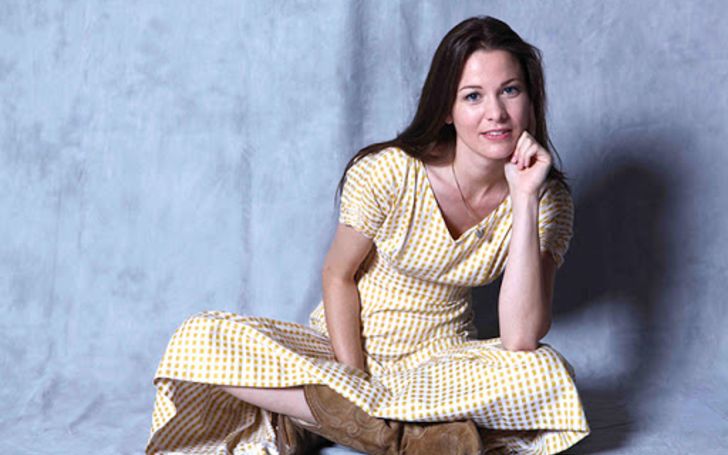 Professionally, Carly Ritter is an American actor but she is famous for being the daughter of American actor and comedian, John Ritter, and his first wife Nancy Morgan. As an actress, she is very popular for her work in movies such as Slice, Monsieur Balloons, and Artbound.

Carly Ritter was born as Carly Constance Ritter on March 1, 1982, in the USA under the birth sign Pisces. She is the daughter of famous personality John Ritter and his first wife Nancy Morgan. Both of her parents were involved in acting but her father died on September 11, 2003, and the mother retired from her work.

The 38 years old Carly Ritter is a married woman. She has shared the wedding vows with longtime boyfriend turned husband Jason Cape on May 2016.

While talking about their love story, they started dating each other in mid-2014 and Jason proposed Carly on December 4, 2014, in Philadelphia.

Together the pair has shared a baby daughter, however, the detail on their kid is missing. As of now, the pair has completed four years of marriage and still shares the same bond. The family of three is leading a happy life.

Carly Ritter has a net worth of $1 million as of 2020 which she has accumulated from her career as an actress. The average salary of an actor in the USA is around $56,000 thousand, so she also might have received her salary in the same range.

While talking about her acting career, she was interested in acting since her younger days. She has around three acting credits in her name and the name of her movie appearances are Monsieur Balloons, Artbound, and Slice.

Apart from acting, she is also a singer and songwriter. She has her own album which was released by Vanguard Records.